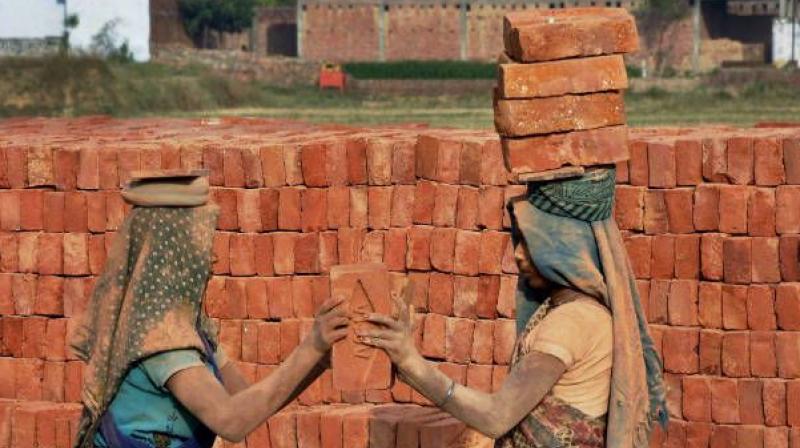 New Delhi: India's economic growth rate fell to seven percent in the third quarter of the financial year after the controversial ban on high-value banks notes in November, the government said Tuesday.

Gross domestic product in one of the world's fastest growing economies expanded 7.0 percent year-on-year in the three months to the end of December, down from 7.3 percent in the previous quarter, official figures showed.

While growth came in lower than the previous quarter, it exceeded most analyst predictions in the wake of the government's shock move to remove all 500 (around $7.50) and 1,000 rupee notes from circulation immediately.

Prime Minister Narendra Modi has defended his so-called demonetisation scheme as a necessary strike against corruption.

But the move triggered massive lines outside banks in the weeks afterwards as authorities struggled to print replacement notes fast enough.

India's chief statistician T.C.A Anant told reporters after the data was announced on Tuesday that it was difficult to assess the full impact of demonetisation, which the government had already acknowledged has hit growth.

"Policies like demonetisation are very difficult to assess without a lot of data," Anant told a press conference. "We will keep evaluating the numbers. I will not like to draw any conclusions at this stage."

Anant said some sectors such as agriculture and mining had in fact performed better than expected in the third quarter.

"The only two sectors in which it is distinctly worse is finance and the real estate category," he added. "The aggregate of deposits and credits is comparable but on the lower side."