Occupancies in these cities stood at 30-32 per cent in the month of June, which was 12-14 per cent higher than the occupancies in May 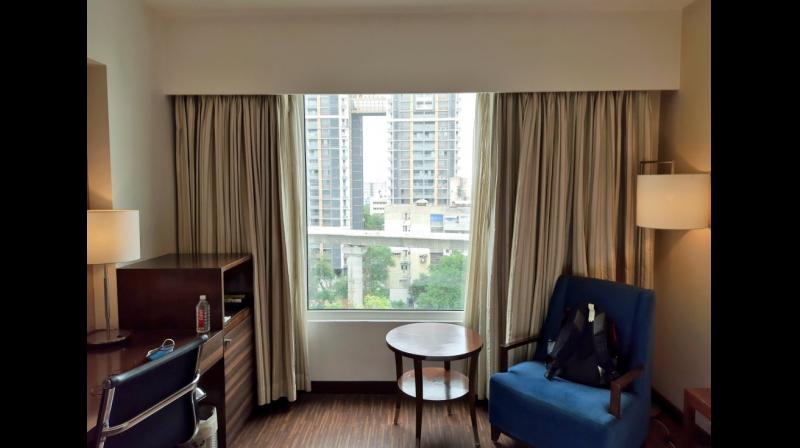 However, revenue per available rooms (RevPAR) has been growing all these months. Representational Image (Twitter)

Mumbai: Hotel occupancy in all the major cities witnessed a month-on-month increase in June with the revival in leisure travel.

Mumbai observed the highest occupancy of 51-53 per cent in June 2021, followed by New Delhi at 39-41 per cent. This was primarily driven by staycation and weekend businesses, as per the data from HVS Anarock.

Domestic air traffic increased by over 47 per cent in June 2021 compared to May 2021 as travel restrictions started easing across states in India because of the declining Covid cases in the country. Increased confidence due to vaccination also helped the growth in occupancies in June.

Average daily rates (ADR) too saw 14-16 per cent increase to Rs 3,600-Rs 3,800 per night in June compared to May. On a yearly basis ADR was higher by 17-19 per cent. ADR has been declining in May, April and March despite growth in occupancies.

On a yearly basis Rev-PAR was up 22 to 24 per cent in May against the same month last year.