Fed is expected to soon decide how much longer it will continue its current practice of buying USD 60 billion a month in US Treasury bonds. 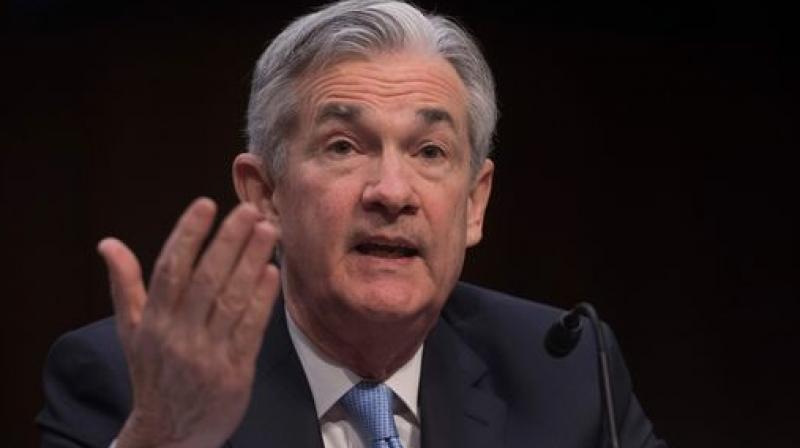 Washington: The Federal Reserve will conclude its latest policy meeting on Wednesday with interest rates almost certainly to remain on hold but officials likely to discuss possible changes to how they manage the US central bank’s key overnight borrowing rate.

Since the Fed cut rates in October, its third and final reduction in borrowing costs in 2019, policymakers have agreed to keep their target policy rate in the current range of 1.50 per cent and 1.75 per cent until there is some significant change in the economic outlook.

US data since the Fed’s last policy meeting in December have done little to shift expectations for continued economic growth this year of around 2 per cent and steady, low unemployment.

Some risks may have risen - with China’s economic growth now in the spotlight after a coronavirus outbreak - and US Treasury bond yields have fallen as a result.

US President Donald Trump on Tuesday also repeated his call for even lower rates. The Republican president lambasted the Fed and its chief, Jerome Powell, in 2018 and 2019 for maintaining a monetary policy that he regarded as too tight.

While investors have increased bets the Fed would cut rates again at some point this year, analysts still were near unanimous that any such decision is months down the road.

Ninety-five of 108 economists polled by Reuters recently said they expected the Fed to leave rates on hold at this week’s meeting, and JP Morgan analyst Michael Feroli said it would likely be “one of the least eventful meetings in recent years.”

The Fed is due to release its policy statement at 2 pm EST (1900 GMT). Powell is scheduled to hold a news conference half an hour later.

The current solid consensus over rates, however, doesn’t mean the agenda is empty.

The Fed is expected to soon decide how much longer it will continue its current practice of buying USD 60 billion a month in US Treasury bonds, how to scale that program back, and what will replace it as a long-term fix for its management of short-term bank funding markets.

Pumping that extra liquidity into the banking system each month has allowed the Fed to keep short-term interest rates within the target range, addressing an issue that arose last fall when a shortage of bank reserves led that rate to spike.

But it is considered less than an ideal fix. It means the Fed each month is adding to its roughly $4 trillion in assets. Some policymakers would prefer the central bank have a smaller balance sheet if possible.

It has also created the impression that the Fed is engaging in a scaled-down form of the “quantitative easing” it used to prop up the economy in response to the 2007-2009 recession.

Fed officials argue against that comparison, but they face the issue of how to scale the monthly purchases back without risking fallout in asset markets where the extra central bank liquidity is considered a “tailwind” that helps lift prices.

“The question is when, not if,” the balance sheet growth stops, Cornerstone Macro analyst Roberto Perli wrote. “We expect Powell to convey this message but to stay vague on timing, for now.”

As they discuss how to end this current round of asset purchases, Fed officials are also debating what could take its place. Some policymakers support a permanent offering of short-term “repo” loans that banks could tap as needed, a system they say would allow reserve levels to be set by banks.

In a related adjustment, the Fed may also raise by perhaps five basis points the interest rate it pays banks on excess reserves as a way to keep the federal funds rate closer to the middle of the current policy target rate.