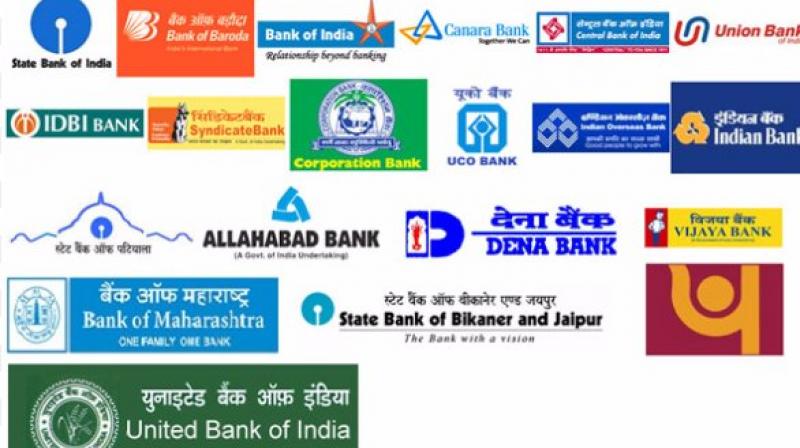 New Delhi: The schemes for the merger of ten state-run banks into four lenders are coming into force from April 1, according to the Reserve Bank of India. The banking regulator in separate releases announced that the branches of merging banks will operate as of the banks in which these have been amalgamated.

The government on March 4 had notified the amalgamation schemes for 10 state owned banks into four as part of its consolidation plan to create bigger size stronger banks in the public sector.

Bank officers' unions, however, earlier this week wrote to the prime minister seeking to defer the merger schemes of lenders due to the lockdown triggered by coronavirus outbreak.

Finance Minister Nirmala Sitharaman on Thursday had clarified that the mega bank consolidation plan was very much on track and would take effect from April 1 despite the onslaught of coronavirus pandemic throwing the country out of gear.

As per the scheme, Oriental Bank of Commerce and United Bank of India will be merged into Punjab National Bank; Syndicate Bank into Canara Bank; Allahabad Bank into Indian Bank; and Andhra and Corporation banks into Union Bank of India.

Under this, the branches of Oriental Bank of Commerce and United Bank of India will operate as branches of Punjab National Bank from April 1, 2020, and branches of Syndicate Bank as that of Canara Bank, the RBI said in a separate releases.

Allahabad Bank branches will operate as those of Indian Bank while the branches of Andhra Bank and Corporation Bank will function as the branches of Union Bank of India from the beginning of next fiscal year 2020-21, the RBI said.

"The Amalgamation of Oriental Bank of Commerce and United Bank of India into Punjab National Bank Scheme, 2020 dated March 4, 2020, issued by the Government of India... The scheme comes into force on the 1st day of April 2020," RBI said.

In a letter written to the Prime Minister on March 25, the All India Bank Officers'' Confederation (AIBOC) said, "The finance minister yesterday announced a slew of measures in view of the deleterious effect of the contagion. We are also expecting an extension of closing related activities and the revision of the closing date itself from March 31 to June 30, which is the need of the hour."