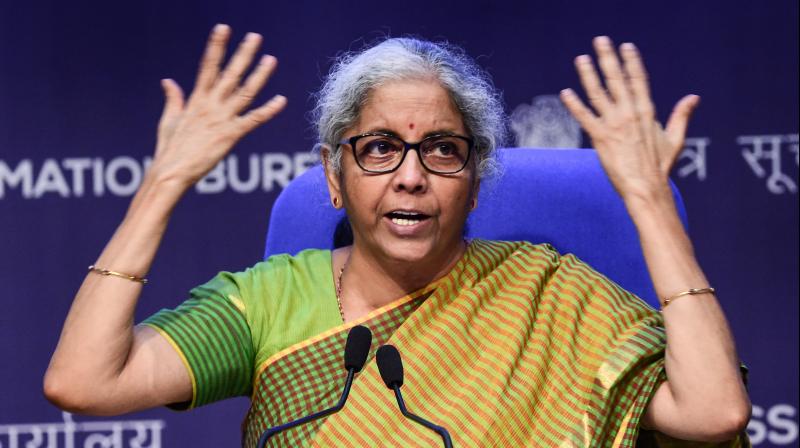 New Delhi: In a big relief to depositors, the Union Cabinet on Wednesday approved a Bill to protect bank deposits of up to Rs 5 lakh if the RBI freezes withdrawal of depositor money at a bank.

Briefing the media after the Cabinet meeting, finance minister Nirmala Sitharaman said the Deposit Insurance and Credit Guarantee Corporation (DICGC) Bill would insure an amount of Rs 5 lakh stored in bank accounts. “The law will protect 98.3 per cent of the bank accounts. The Bill also increases deposit insurance coverage and reduces the time taken for depositors to recover sums if a bank comes under financial stress,” she said.

The finance minister further said that in the first 45 days after a bank is placed under a moratorium by the Reserve Bank of India, the bank will collect all their accounts where claims have to be made and then these will be given to the DICGC, which will take another 45 days to check the accounts and then hand over the money.

“On the 91st or 95th day after the bank is placed under moratorium, you will get your money as the new rules will not wait for the eventual liquidation or resolution,” Sitharaman said.

Apart from the DICGC Bill, the Cabinet has also cleared the proposed amendment of the Limited Liability Partnership Act (LLP). The Act came into existence in 2008-2009. To provide ease of doing business, criminality has been removed.