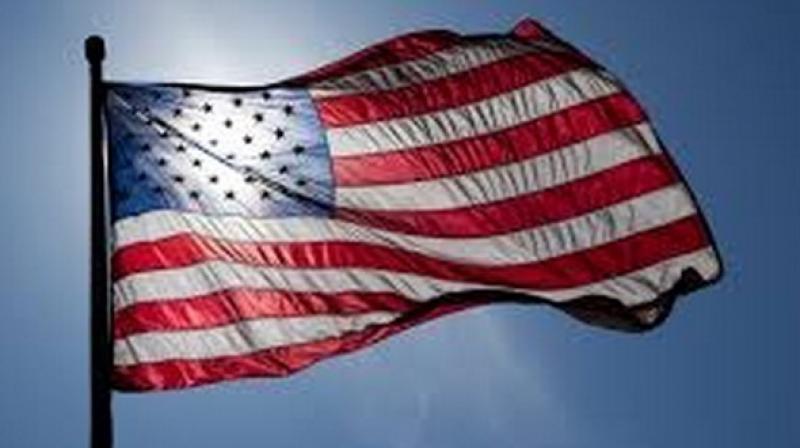 The report comes on the heels of the US Federal Reserve deciding to keep rates unchanged. (Photo: File)

Washington: The US economy likely maintained a moderate pace of growth in the fourth quarter, and probably again fell short of attaining the Trump administration’s coveted but elusive 3 per cent annual growth target because of slumping business investment amid damaging trade tensions.

The Commerce Department’s snapshot of gross domestic product on Thursday will likely show the Federal Reserve’s three interest rate cuts in 2019 helped to keep the longest expansion in history, now in its 11th year, on track and avert a downturn.

Growth is, however, slowing as the stimulus fades from the White House and Republicans’ huge tax reductions in 2018, a package President Donald Trump had predicted would lift growth persistently above 3 per cent. So far it has fallen short of that goal.

The report comes on the heels of the US Federal Reserve deciding to keep rates unchanged. Fed Chairman Jerome Powell told reporters on Wednesday the US central bank expected “moderate economic growth to continue” but also nodded to some risks, including the recent coronavirus outbreak in China.

The Trump administration’s 18-month-long trade war with China last year fueled fears of a recession. Though the economic outlook has improved with this month’s signing of a Phase 1 deal with Beijing, economists do not see a boost to the economy as US tariffs remained in effect on USD 360 billion of Chinese imports, about two-thirds of the total.

“The economy has clearly slowed, but we are not barreling toward a recession,” said Ryan Sweet, senior economist at Moody’s Analytics in West Chester, Pennsylvania. “The economy is coming off its sugar high in 2019 so is not surprising that we are settling back into the growth rates that we saw prior to the fiscal stimulus.”

Gross domestic product probably increased at a 2.1 per cent annualized rate in the fourth quarter as lower borrowing costs encouraged purchases of motor vehicles, houses and other big ticket items, according to a Reuters survey of economists. A smaller import bill and more government spending are also seen keeping GDP growth at the same pace logged in the third quarter.

The forecast was, however, made before Wednesday’s advance reports showing a sharp widening in the goods trade deficit in December as well as a drop in wholesale inventories. Retail inventories were unchanged last month. The data prompted some economists to cut their fourth-quarter GDP growth estimates by as much as five-tenths of a percentage point to as low as a 1.4 per cent rate.

Growth estimates for 2019 are converging around 2.5 per cent, which would be slower than the 2.9 per cent notched in 2018. Economists estimate the speed at which the economy can grow over a long period without igniting inflation at around 1.8 per cent.

The White House claimed that slashing the corporate tax rate to 21 per cent from 35 per cent, as well as shrinking the trade deficit would boost annual GDP growth to 3.0 per cent on an sustainable basis. Economists have long disagreed, pointing to structural issues like low productivity and population growth. Some also argued that there was historically not a very strong relationship between corporate tax rates and business investment.

“If you are trying to get to 3 per cent in an economy in its 11th year of recovery that’s a tough task,” said Sung Won Sohn, business economics professor at Loyola Marymount University in Los Angeles. “There is a lot of uncertainty. Even though we have this initial trade agreement, I think there will be more trade wars after the (US presidential) election.”

Fed Chair Powell also said the risks from trade tensions remained and businesses were adopting a “wait and see attitude.”

Business investment likely contracted further in the fourth quarter after declining by the most in nearly four years in the July-September period. Trade tensions have eroded business confidence and weighed on capital expenditure.

With confidence among chief executive officers remaining low in the fourth quarter after dropping to a 10-year low in the prior quarter, a rebound is unlikely soon.

Business investment is also seen pressured by Boeing’s suspension this month of the production of its troubled 737 MAX jetliner, which was grounded last March following two fatal crashes. Boeing on Wednesday reported its first annual loss since 1997.

Though growth in consumer spending, which accounts for more than two-thirds of US economic activity, is expected to have moderated after a brisk 3.2 per cent rate in the third quarter, the pace was probably enough to offset the drag from business investment.

Support is also expected from a sharp drop in imports in the fourth quarter, in part because of US tariffs on Chinese goods, which compressed the trade deficit.

Economists believe the smaller trade deficit probably added as much as 1.9 percentage points to GDP growth in the fourth quarter. That estimate could, however, be too high given the rebound in imports in December reported in Wednesday’s data.

But the overall decline in imports in the fourth quarter probably resulted in businesses depleting inventories in warehouses. A 40-day strike at General Motors also weighed on motor vehicle inventories.

Goldman Sachs estimates that overall business inventories increased at a USD 2.0 billion rate in the fourth quarter, decelerating sharply from a pace of USD 69.4 billion in the July-September period. That means inventory investment chopped 1.4 percentage points from GDP growth in the fourth quarter.