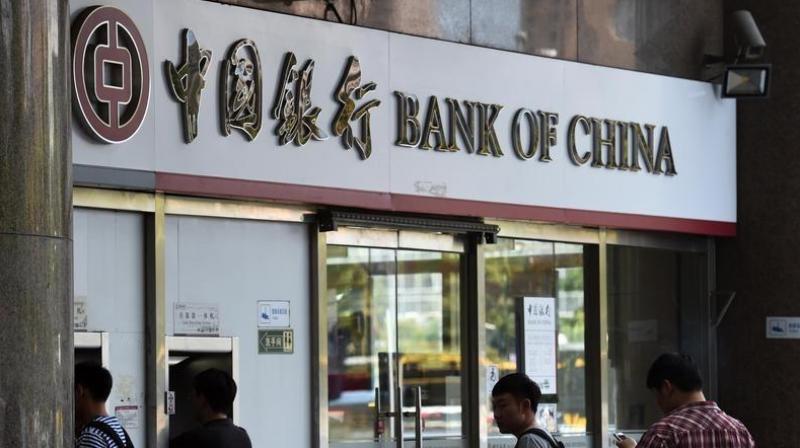 People wait outside a Bank of China branch in Beijing. (Photo- AFP)

Beijing: China's central bank on Monday cut an interest rate on loans to banks by the largest margin in five years and injected 50 billion yuan ($7 billion) into the financial system to help the world's second-largest economy weather the coronavirus impact.

It was the "largest cut since 2015 and takes the 7-day reverse repo rate to its lowest on record", said Julian Evans-Pritchard, senior China economist at Capital Economics.

"By offering funds at a lower rate, the PBoC will be able to keep market interbank rates low even as the liquidity from the RRR (reserve requirement ratio) cuts is absorbed by the banking system," he said, referring to an earlier lowering of the amount of cash lenders must keep in reserve.

The deadly pathogen has claimed almost 40,000 lives worldwide, hitting businesses and consumers, and its global spread has dampened hope of a quick recovery in export-dependent China, where the pandemic first erupted in December.

The latest move comes as governments and central banks around the world ease monetary policy and unveil titanic stimulus measures worth around $5 trillion to counter the economic impact of the pandemic, which forecasters warn will cause a deep recession.

Monday's move appears to have had little impact on market sentiment, with Shanghai's key stock index about one percent lower in the afternoon.

As COVID-19 ravages the global economy, analysts have cut growth forecasts for China, which was the first to see the effects from containment measures aimed at halting its spread.