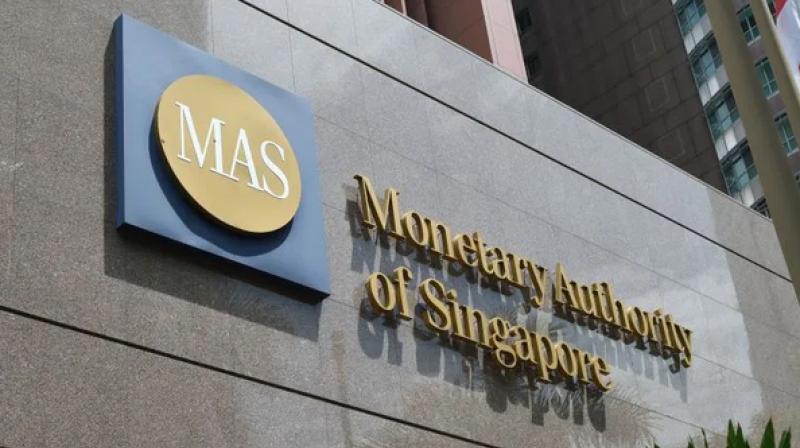 Singapore: Singapore's central bank eased monetary policy Monday as the city-state, seen as a bellwether for the health of global trade, heads for a deep recession due to the coronavirus pandemic.

The easing echoes moves made by other countries and comes after data last week showed the city-state suffered its sharpest contraction in the first quarter since the global financial crisis.

The Monetary Authority of Singapore said it had flattened the slope of the band at which the local dollar is allowed to move against a basket of currencies of its major trading partners effectively weakening the local unit.

Instead of using interest rates, trade-reliant Singapore manages monetary policy by letting the local dollar rise or fall against a currency basket of its trading partners.

"Major uncertainty remains. The recovery in the global economy will depend on the epidemiological course of the pandemic and the efficacy of policy responses," the central bank said.

MAS was supposed to issue its next policy statement in April but brought it forward as the country reels from the economic impact of the virus.

The financial hub is one of the world's most open economies, and is usually hit hardest and earliest during any global shock.

Gross domestic product (GDP) shrank by 2.2 percent in the first quarter compared with the previous year the worst decline since the 2009 financial crisis, according to advance estimates released last week by the trade ministry.

The ministry has downgraded its growth forecast, projecting GDP will fall by up to four percent this year.

With global demand hammered by business closures, a halt in air travel and other measures to contain the virus, Singapore's easing is more to reflect the current economic climate than to support exports, said CIMB Private Banking regional economist Song Seng Wun.