In the quarter just gone by, the Indian economy is forecast to have shrunk 20.0%, the first double-digit contraction 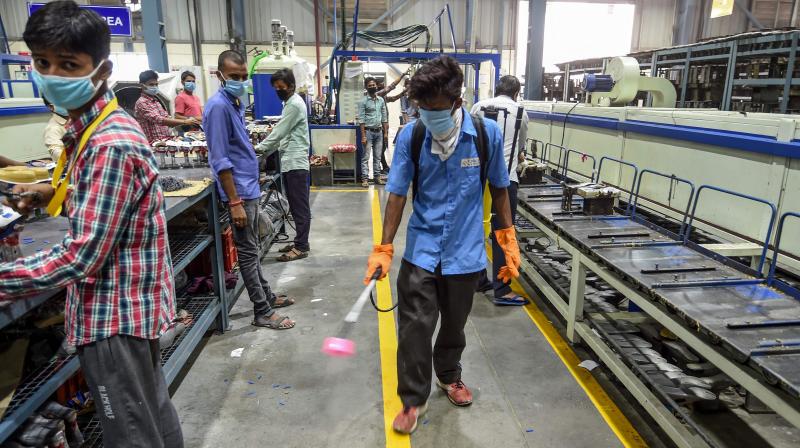 BENGALURU: The outlook for India’s reeling economy has worsened again as business activity slows and COVID-19 infections soar, and will probably prompt the Reserve Bank of India to cut interest rates again soon, a Reuters poll of economists suggests.

The latest findings echo recent criticism of New Delhi’s $266 billion economic rescue package, which does not include new spending, tax breaks or cash support, suggesting more will be needed to turn the economy around.

With India now the third-worst-hit country by number of infections after the United States and Brazil, the risk of renewed lockdowns after a nationwide shutdown in March-May has risen.

The Indian economy is now likely to contract this quarter and next and in this fiscal year as a whole, according to the July 20-28 poll of nearly 60 economists. Growth had been expected for all of those periods except the second quarter in the previous poll, taken in April.

“India’s failure to contain the spread of the coronavirus, and the government’s underwhelming support package for firms and households, means the economy will suffer its largest drop in output on record this year,” said Darren Aw, Asia economist at Capital Economics in Singapore.

In the quarter just gone by, the Indian economy is forecast to have shrunk 20.0% - the first double-digit contraction since official quarterly data started being released in the mid-1990s. It will then contract 6.0% and 0.3% in the current and following quarters, respectively, according to the poll.

That compared to a -5.2% forecast for the last quarter in the April 23 poll, followed by 0.8% and 4.2% growth in the current and next quarters, respectively.

For the current fiscal year, Asia’s third-largest economy is forecast to shrink 5.1%, a complete turnaround from the 1.5% growth predicted in the previous poll. It would be the weakest performance since 1979.

Under a worst-case scenario, the economy is forecast to have contracted 30.0% in the April-June quarter, and to shrink 10.0%, 4.0% and 9.1% in the current and next quarters and this fiscal year, respectively.

“The health crisis is yet to be addressed and is spreading geographically, which has led to re-initiation of lockdowns and restrictions in many parts of the country,” said Prithviraj Srinivas, chief economist at Axis Capital in Mumbai.

“With the health crisis yet to be contained, we cannot hope for a smooth recovery.”

When asked how long would it take for India’s gross domestic product to reach pre-COVID-19 levels, a slight majority of economists, 23 of 44, said within two years.

Only seven respondents predicted it would happen within a year, while the remaining 14 said it would take two years or more.

Inflation is expected to average 4.5% this fiscal year, and the RBI is forecast to cut the repo rate by another 25 basis points at its Aug. 4-6 meeting, and once more next quarter, to a record low of 3.50%.

The RBI has already reduced the repo rate by a total of 115 basis points since February, and 135 basis points in an easing cycle last year, from 6.50%, responding to an economy that was already slowing.

In response to an additional question, over three-quarters of 45 economists said the strength of the recovery had worsened or at best stayed the same over the last month.

“The government is the only catalyst at this moment to be able to spur growth and mitigate the COVID-19 crisis,” said Hugo Erken, head of international economics at Rabobank.

“Fiscal policy is there to fill in the gap left by an absence of domestic demand from the private sector, which we saw over Q2. Basically the private sector was locked up for two months, but the government hasn’t stepped up in any way that could have helped cover this gap.”