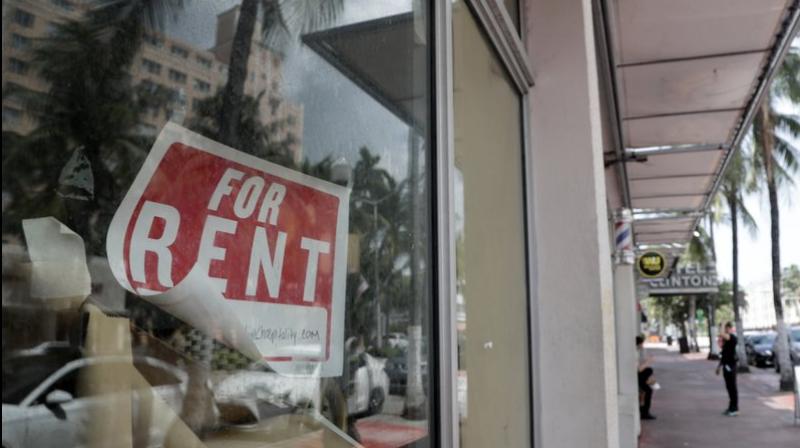 US is expected to report a record-breaking economic plunge. (AP Photo)

Washington: Having endured what was surely a record-shattering slump last quarter, the US economy faces a dim outlook as a resurgent coronavirus intensifies doubts about any sustained recovery the rest of the year.

A huge plunge in consumer spending as people stayed home and avoided shopping, traveling or gathering in crowds as the virus raged is estimated to have sent the economy sinking at a roughly 32 per cent annual rate in the April-June quarter.

That would be more than triple the previous worst quarterly economic fall, a 10 per cent drop set in 1958. Depressed activity in such areas as business investment, home construction and government spending also likely contributed to the worst quarterly contraction on records dating to 1947.

On Thursday, the government will issue its first of three estimates of economic activity, as measured by the gross domestic product, for the April-June quarter.

So dizzying was the contraction last quarter that most analysts expect the economy to manage a sharp bounce-back in the current July-September quarter, perhaps of as much as 17% or higher on an annual basis.

Yet with the rate of confirmed coronavirus cases now rising in a majority of states, more businesses being forced to pull back on re-openings and the Republican Senate proposing to scale back the government's aid to the unemployed, the economy could worsen in the months ahead.

The Trump administration is betting against that outcome in asserting that the economy will undergo a V-shaped recovery in which last quarter's plunge would be followed by an impressive rebound in the current quarter  a hoped-for dose of good news that would be reported in late October, not long before Election Day.

Yet many economists are talking about a different letter of the alphabet. Noting that the economy can't fully recover until the pandemic is defeated or a vaccine is widely available, they envision a W-shaped scenario, in which a rebound in the current quarter would be followed by a sustained period of tepid growth or even outright recession.

The markdowns are coming because of the clear economic damage the virus is doing, said Mark Zandi, chief economist at Moody's Analytics, who said he believes the economy is losing jobs this month after two months of gains.

We are going in reverse here, Zandi said.

Analysts warn that the outlook could darken still further if Congress fails to enact enough financial aid to replace the expiring USD 600-a-week federal boost in unemployment benefits or provide sufficient help for businesses and state and local governments.

Senate Republicans released a USD 1 trillion proposal on Monday that falls far short of a USD 3 trillion measure the House has passed, leaving an enormous gap for Democrats and Republicans to bridge as some elements of Congress' earlier emergency relief programs run out.