Bank wants to increase its exposure to infrastructure projects in India to around $600-700 million during year. 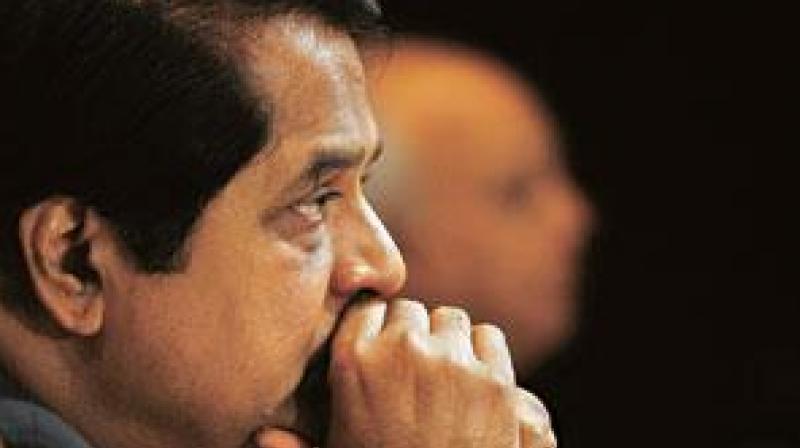 New Delhi: New Development Bank (NDB) proposes to raise USD 300 to 500 million through 'Masala Bonds' and increase its exposure to infrastructure projects in India to around USD 600-700 million during the year, said its
president K V Kamath.

"The appetite is slowly growing for local currencies... part of funding in India could be in local currencies in future," he told PTI in an interview. Masala Bonds refer to rupee-denominated debt instruments which are raised in overseas markets.

Kamath, the first head of the Shanghai-based multilateral lending institution, is here in connection with the second annual meeting of the BRICS-created NDB beginning tomorrow.

In view of heightened volatility of dollar market, it is a good choice to lend in local currencies provided such loans do not crowd out the local demand, he said, adding "many member countries are asking for local currency lending."

In case of India, Kamath said, "Rupee loan in India is significantly cheaper over the life than a dollar loan." Regarding lending to projects in India, the NDB chief said the institution last year sanctioned two loans — USD 350 million loan for Madhya Pradesh road project and USD 250 million to Canara Bank for renewable energy projects.

The loan agreement for the MP project was signed between India and NDB today. The bank, said Kamath, plans to increase the lending to more projects for sustainable projects in the infrastructure sector in India during the year to around USD 600-700 million dollars.

"We have healthy pipeline from India which meets what we want to do for the country. India should be in the pipeline to get USD 600-700 million dollars this year for projects in energy, water, road sectors," he said.

The NDB last year sanctioned seven loans for projects in different countries having a commitment of USD 1.5 billion. It proposes to approve 15 loans amounting to USD 2.5 to 3 billion during the current year.

Kamath further said that the NDB had no plans to raise additional capital as it has enough funds to meet its lending commitments. "No proposal to raise capital structure. Capital is adequate for us. Two-three countries paid ahead of the
schedule. There is a pace at which the bank can grow. We have to staff and than scale up. For the next year, we can double what we have done and not more than that," said Kamath.

Out of the total sanctioned loan of USD 1.5 billion last year, the first disbursements would start shortly, he said, adding the the total disbursements in the year would be USD 500-600 million.

On opening an office in India, Kamath said that as of now there was no such plan but it would be setting up an African regional centre in couple of weeks. Replying questions on competition with other multilateral institution, especially Asian Infrastructure Investment Bank (AIIB), Kamath said, "honestly, there is no competition from other banks."

On the issue of opting member nations, the NDB chief said it was for the board to take a call on the issue.