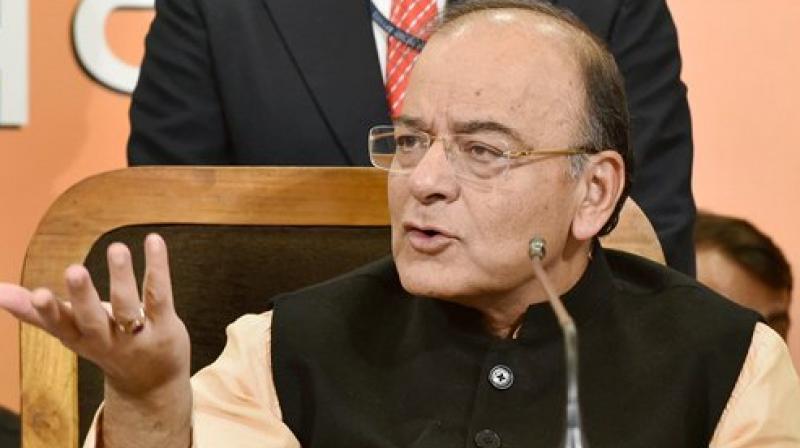 "India stands out with one difference today. Our reform process in India is an ongoing process. It has picked up pace in last two years and I do anticipate in years to come, it will continue to gain pace," he said after inaugurating permanent office of European Investment Bank here.

"Contrary to all the global noises we see in various parts of the world, there are no voices of protectionism in India and therefore, we have opened up in terms of our economy and today we are amongst the most open economies in the world," he said.

Pointing out that India is running one of the largest infrastructure creation programmes of the world, Jaitley said the country requires investment in various sectors including public transport, water management, sanitation, urban development, creation of highways, creation of rural infrastructure etc.

"I think in the next two decades, at least I see India's hands full in trying to expand this infrastructure and get rid of deficit that existed in India," he said.

For development of infra projects, he said, the country needs a lot of public investment, international investment in terms of FDI and funding from various agencies.

"I do see this programme of infrastructure investment picking up pace over next two decades because that's the extent of deficit that we have in India," he said.

Out of 450 million euro funding, EIB has committed a loan of 200 million euros to State Bank of India for funding solar projects across India. Besides, the EIB has also committed to releasing second tranche of 250 million euros for construction of Lucknow Metro.

The interest on the loan will be at a concessional rate, SBI Managing Director B Sriram said. The interest rate will be three-month LIBOR plus 0.99 percentage point. LIBOR or London Interbank Offered Rate is used as a benchmark for calculating interest rates on various loans.

Financing of new solar power projects will support India's plans to install 20 GW of grid connected energy by 2020, which is a part of the Jawaharlal Nehru National Solar Mission.

According to EIB President Werner Hoyer, the bank has supported long-term investment across India for more than 20 years.

"This has included harnessing renewable energy, strengthening industry and reducing carbon emissions. As the world's largest multilateral public bank and a global leader in financing climate action, the EU Bank recognises that the time is right to increase our engagement across South Asia," he said.

This is part of the European Union's efforts to strengthen its important relationship with India and South Asia as a whole, he said, adding, "opening of the EIB New Delhi office will unlock new opportunities for the European Investment Bank to support transformational investment and broader activities across South Asia."