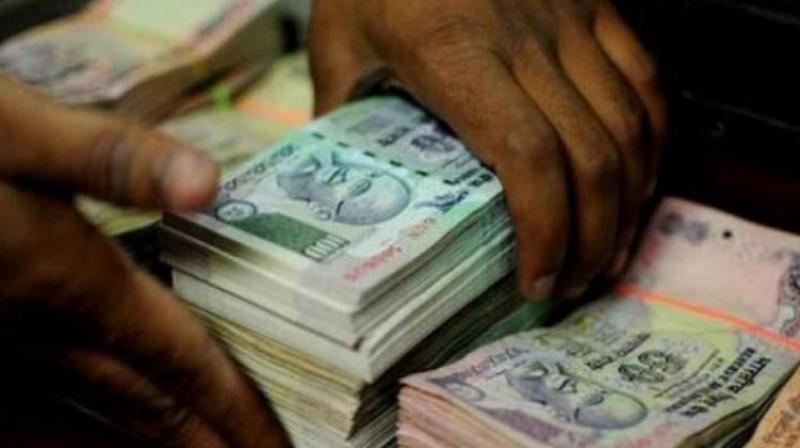 New Delhi: Hit hard by demonetisation, India lost the tag of the fastest growing economy to China in the March quarter with a GDP growth of 6.1 per cent, pulling down the 2016-17 expansion to a three-year low of 7.1 per cent.

The bad news of the economy growing at the slowest pace in three years mainly on account of poor performance of manufacturing and service sectors come at a time when the Modi government is celebrating three years in office.

China had reported a growth of 6.9 per cent in the January-March quarter of 2017. India had for the first time outpaced China in GDP growth rate in 2015. As per the data released by the Central Statistics Office (CSO), the expansion in Gross Value Added (GVA) during the fourth quarter of 2016-17 fell sharply to 5.6 per cent as compared to 8.7 per cent in the comparable period of 2015-16.

For the year as a whole, the expansion in GVA works out to be 6.6 per cent, down from 7.9 per cent a year ago. The GVA has been declining for the five straight quarters since January-March, 2016.

On November 9, 2016, the government had demonetised higher value currency which wiped off about 87 per cent of notes in circulation, leading to a severe cash crunch and  disruption in the economic activities.

When asked whether note ban has impacted fourth quarter growth, Chief Statistician T C A Anant said a separate analysis is needed, though he admitted that this was one of the dynamics which might have impacted economic performance in third and fourth quarters.

Chief Economic Advisor Arvind Subramanian said demonetisation was a "temporary shock" to the economy and "we are seeing this bottoming out as remonetisation progresses".

The construction sector was the hardest hit by demonetisation in the fourth quarter and saw a negative growth of 3.7 per cent during the period as compared to 6 per cent in corresponding three months of 2015-16.

The CSO said the growth rate declined in manufacturing, mining, trade, hotels, transport, communication, services related to broadcasting, financial, real estate and professional services, both in the fourth quarter as well in the entire year.

The agriculture sector growth, which accelerated to an impressive 4.9 per cent in the last fiscal from a dismal 0.7 per cent a year ago on account of good monsoon, failed to compensate for decline in other sectors of the economy.