Experts believe India is in the midst of a sustained easing of food prices as government has tamped them by keeping a lid on MSPs. 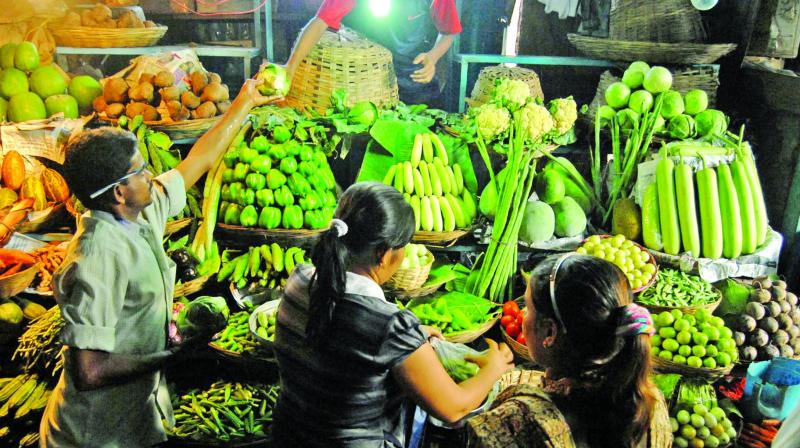 A sharp drop in food prices has made a strong case for a rate cut at the Monetary Policy Committee's August meet.

Latur:  A nearly 60 percent drop in prices of a popular type of lentil is hurting Indian farmer Sanjay Somwanshi, but it is doing wonders for the country's inflation - and piling pressure on a stubborn central bank to cut interest rates more aggressively.

Standing next to sacks of "pigeon peas" in Latur, an agricultural hub about eight hours from Mumbai by train, Somwanshi cuts a narrow slit in one and scoops out a handful of the red-coloured lentils.

He harvested them in February but delayed selling them because prices were too low.

"For the last six months I have been waiting for prices to move up, but they have in fact gone down further," he said. "I can't wait more as I need money for fertilisers."

Falling prices for pigeon pea lentils have contributed to a slump for food that dropped annual consumer price inflation to 1.54 percent in June, the lowest since a new index was adopted in 2012.

There's been a reversal in food prices; in June, they dropped 2.1 percent from a year earlier, while in July 2016 they shot up by 8.35 percent, a two-year peak.

The change in food prices has prompted calls for the Reserve Bank of India to cut its main policy rate beyond the 25 basis points markets have priced in for Wednesday's policy meeting.

There might be tension with a government urging rate cuts to boost an economy that grew 6.1 percent in the January-March quarter, the slowest in more than two years.

Given a benign inflation outlook, "deeper rate cuts will be a just and correct assessment of the current situation," he said.

Proponents of further rate cuts believe India is in the midst of a sustained easing of food prices as the government has tamped them by keeping a lid on the minimum prices farmers can charge for their produce.

Furthermore, the government has also banned exports of lentils and put a tax on sugar exports while promoting imports of edible oils, wheat and some types of lentils in which India is not self-sufficient.

Arvind Subramanian, the Finance Ministry's chief economic adviser, has argued strenuously in recent weeks that inflation is on sustained easing trend, in part due to government measures.

Farmers and others in Latur agree government efforts are a key reason behind the food-price slump.

"The government is allowing cheaper imports despite record production. It hasn't lifted its ban on exports. These moves created oversupply in the market and pulled down prices," said Nitin Kalantri, a food processor.

Barclays estimates average food inflation was about 11 percent in 2009-2014 under the Congress-led government compared with around 5 percent under Prime Minister Narendra Modi's administration.

For sure, food inflation could increase; the prices of onions, central to Indian cooking, have risen.

Also, the RBI has indicated it wants evidence of deeper agricultural reforms to be convinced of a permanent shift in food inflation, according to policy minutes.

Furthermore, the RBI believes it has less maneuvering room as it looks at other factors such as sticky core inflation in its quest to meet a 4 percent inflation target.

"Given the view that the interest rate cycle is close to bottoming out, the monetary policy committee is likely to emphasize a wait-and-watch stance rather than being proactive on rates," said A. Prasanna, an economist at ICICI Securities Primary Dealership in Mumbai.