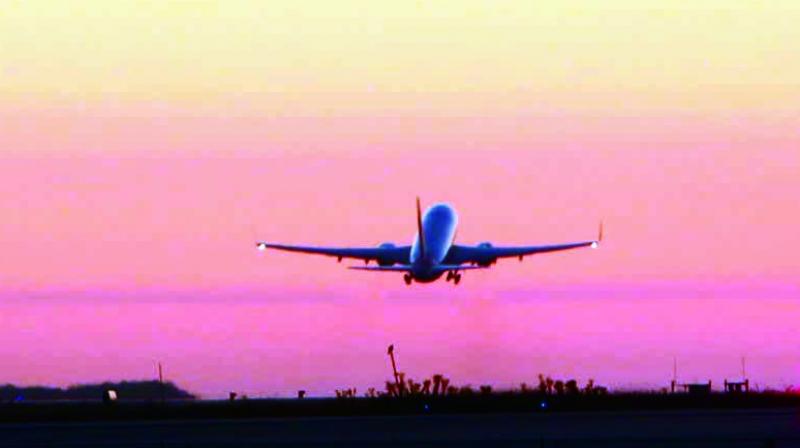 This is the first increase in prices in four-months which has pushed rates to their highest level this year.

New Delhi: Jet fuel price was hiked on Friday by a steep 8.1 per cent to its costliest level this year as international oil prices rose, state-owned oil firms said.

The price of Aviation Turbine Fuel (ATF) was hiked by Rs 4,734.15 per kilolitre, or 8.15 per cent, to Rs 62,795.12 per kl in the national capital, according to price notification issued by state-owned oil firms. This is the first increase in prices in four-months which has pushed rates to their highest level this year.

ATF or jet fuel prices are revised on 1st of every month based on the average international rate for benchmark fuel and foreign exchange rate in the preceding month. Prices were unchanged at the last revision on February 1. Prior to that, rates were cut by a record 14.7 per cent (Rs 9,990 per kl) on January 1 and by 10.9 per cent (Rs 8,327.83 per kl) on December 1.

The two consecutive price reduction had brought ATF rates to their lowest levels in a year and had provided much-needed relief to cash-strapped airlines. But the latest round of price hike would put pressure on margins of airlines. ATF, however, continues to be cheaper than both petrol and diesel in most parts of the country and is less expensive than even non-PDS kerosene.

A litre of petrol, used in motorcycles and cars, costs Rs 71.81 in Delhi as compared to Rs 62,795.12 per kl or Rs 62.79 per litre price for ATF. A litre of diesel, which is mostly used as fuel in trucks and buses, comes for Rs 67.12. ATF costs less than the price charged for kerosene sold through non-PDS (public distribution system) outlets. Non-PDS kerosene in Delhi is priced at Rs 64.46 per litre.

ATF in Mumbai, home to one of the busiest airport in the country, costs Rs 62,748.70 per kl or Rs 62.74 per litre. A litre of petrol in the city costs Rs 77.44 and diesel is priced at Rs 70.31 per litre. It costs less than even non-PDS kerosene in the city which is sold at Rs 67.88 a litre. Rates vary from city to city depending on local taxes. Continuing its upward march, petrol price on Friday was raised by 8 paise a litre and diesel rate was hiked by 12 paise.

Like ATF, state-owned fuel retailers revise rates of non-PDS kerosene on 1st of every month based on average international oil rate and rupee-US dollar exchange rate in the preceding month. Petrol and diesel prices are revised on a daily basis.