The CEA is also confident that the government will achieve the fiscal deficit targets and the country is resilient in the face global growth concerns. 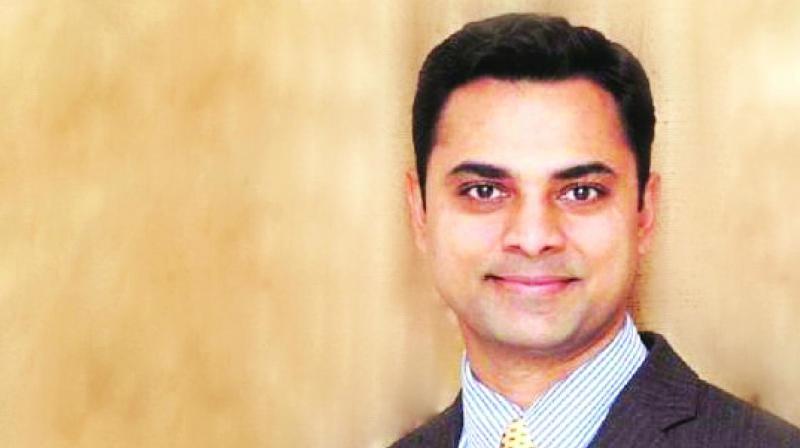 Farm income support scheme PM KISAN is an important step towards doubling the income of small and marginal farmers, Krishnamurthy Subramanian, Chief Economic Adviser to Government of India tells Sangeetha G in an exclusive interview.  The CEA is also confident that the government will achieve the fiscal deficit targets and the country is resilient in the face global growth concerns. Excerpts:

Farmer distress has remained a persistent problem and the declining share of farm income in the total rural income too is a concern. What are the structural changes needed in the farm sector?

The PM-KISAN scheme is good step in this direction. Farm sector has some basic problems. The population is growing at less than 1 per cent, but farm produce is growing more than three per cent. You will have more surplus and prices will come down. In this context, the PM KISAN Scheme is very important for doubling the farmer income. The average income of a farmer from farming is Rs. 30,000 per year and Rs. 6,000 to this is 20 per cent increase in income.

More importantly, this is assured income. A microfinance institution or self-help group can give him a loan taking the cash as collateral. The MFI can leverage it and give loan of three times the amount. So the Rs. 6,000 can generate a cash flow of Rs 18,000. This is much better than the earlier narrative of loan waiver, which is really bad economically.

The government has set up a committee to double farmer income. As part of the steps taken, MSP for 23 crops has been increased.  Farmer income has been increased by 20 per cent through PM-KISAN scheme. For the remaining 80 per cent, we are working on and the problem is on the marketing side. E-Nam is being used to address the issues in marketing and inter-state trade has started happening.

Huge wastage is happening between the farm and the fork. Despite incentives being given, investments have not been coming into cold storage and supply chain infrastructure?

Many a time the farmer gets a small portion of the price because he cannot store the things. If he has the infrastructure, he may store it and sell it at a higher price. There are startups that are doing this. As states have different APMCs, the change has not been easy and that is where the incentives for private sector are being given. There are players coming in now and as more information starts going to farmers, things will improve.

Don’t you think APMCs have become redundant? Some states have this and some have done away with it. Shouldn’t we have a uniform system for the entire country?

GST provides a good template to carry out reforms. Agriculture being a state-level subject, the template provided by GST can be used to reform some of these legislations.

Are we on the right pace to achieve fiscal deficit and debt-to-GDP ratio targets as per N K Singh committee recommendations?

The path towards fiscal consolidation since 2014 has been on a glide despite higher devolvement of funds for the states. Further, the fiscal deficit has not jumped up even after implementing the recommendations of the Seventh Pay Commission. Given the growth path the economy is following, we will achieve those targets.

In the backdrop of a lower global growth estimate, are our debt-to-GDP ratio and fiscal deficit a cause of worry?

IMF projects GDP growth rate for India at 7.5 per cent. We had an average growth rate of 7.3 per cent in the last five years combined with an inflation of average 4 per cent. We have achieved this growth rate when there have been headwinds from globalisation and credit growth not happening as much. Because of the steps being taken we are lot more resilient now. There is lot more robustness built at the bottom of the pyramid.

Reports indicate that 37 per cent of the NCLT cases have crossed the maximum time limit. Unresolved cases are an overhang on private investments and credit growth. How can things improve?

Any legislation as seminal as bankruptcy code takes time to settle down. Almost Rs 3 lakh crore stressed assets have been addressed through this. The eco-system has to evolve to be able to implement the law. These things do not happen overnight. But, there has been a huge change because of bankruptcy code. A message has been put out that nobody can escape business failure and when  large companies can lose their control, the message is passed on to the smaller companies as well. Corporates are ready to repay because of the fear of being taken to NCLT. I don’t think we could have imagined a few years back about some top industrialists being told by the court that you have to be paying. This is cultural change. Some initial issues will be there.