The ministry had asked the experts to involve Delhi Police officials while framing the standards. 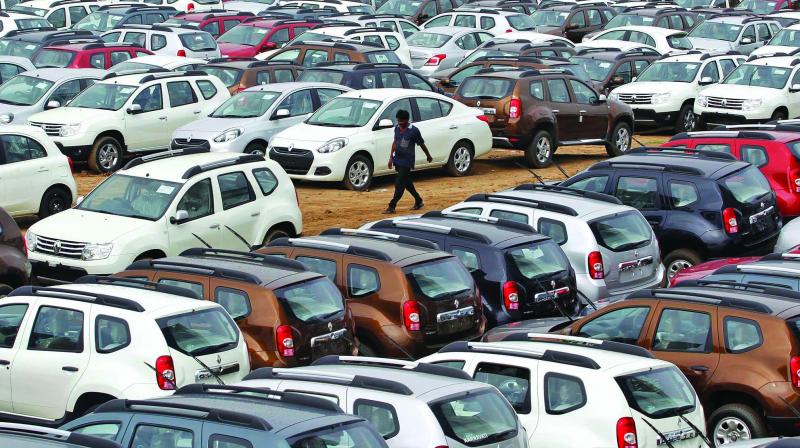 In a bid to prevent vehicle thefts or misuse of stolen vehicles, the Central government has directed auto makers to affix laser-oriented microdots in their vehicles and parts, which can be read only by microscopes under ultraviolet light sources.

PUNE: In a bid to prevent vehicle thefts or misuse of stolen vehicles, the Central government has directed auto makers to affix laser-oriented microdots in their vehicles and parts, which can be read only by microscopes under ultraviolet light sources.

“The Ministry of Road Transport & Highways has issued a draft notification GSR 521(E) ... amending Central Motor Vehicle Rules, allowing motor vehicles and their parts, components, assemblies, sub-assemblies to be affixed with permanent and nearly invisible microdots that can be read physically with a microscope and identified with an ultraviolet light source,” the ministry said in a statement.

The Microdot technology involves spraying the body and parts of the vehicle or any other machine with microscopic dots, which give a unique identification.

Use of this technology will help check theft of vehicles and also use of fake spare parts.

“The microdots and adhesive will become permanent fixtures/affixation which cannot be removed without damaging the asset that is the vehicle itself,” the statement said.

The technology named Microdots makes it almost impossible to remove the dots and hence, the car's identity can be established at any stage.

The ministry had asked the experts to involve Delhi Police officials while framing the standards.

Auto experts said that most of the vehicles stolen go untraced since auto-lifters remove the engines and other valuable parts before destroying the vehicles. They said that while the cost of microdots may be incurred by the buyers, but certainly the insurance rate of the vehicle will come down given the less risk factor involved due to technology upgradation.

Annually about 2.14 lakh vehicles are stolen across the country with Delhi topping the list by theft of over 100 vehicles per day, followed by Uttar Pradesh and Maharashstra.

The rate of recovery by Delhi police is around 30 vehicles a month.

Auto experts said the Microdots technology is very much prevalent in countries such as United States and South Africa to track stolen vehicles.

The Road Transport Ministry last week came out with the drafts rules enabling manufacturers to go for the new technology.

The technology involves spraying thousands of small dots laser-etched with a PIN or VIN throughout the body, and it's almost impossible to remove these dots. These can only be de-tected via ultraviolet light.

Industry sources said additional cost for this feature could be less than Rs 1,000 once the numbers increase substantially.