Top insurance brokers who deal with the crisis are of view that cyber risk is a top order item for any board across the globe. 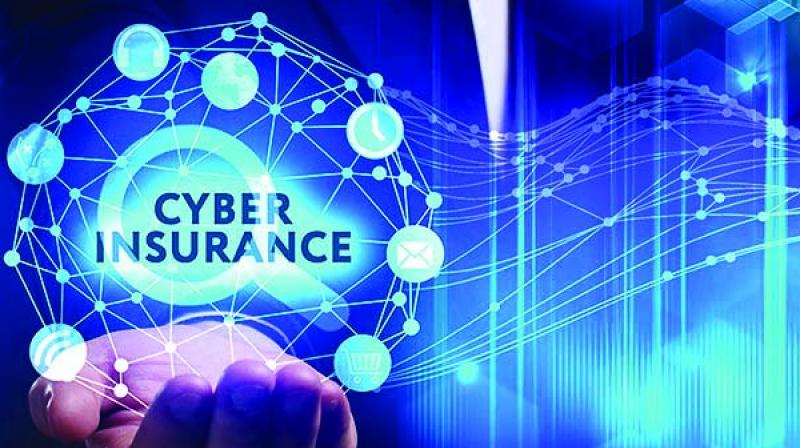 Cyber insurance being a popular product is growing at 35 per cent year-on-year premium basis and almost 50 per cent on policy count basis.

New Delhi: With growing trend in cyber attack that has huge financial implications, cyber insurance is growing at a rate of around 50 per cent in India in terms of policies sold on year-on-year basis. The growth in premium paid is stands at 35 per cent, according to the industry estimates.

It is learnt that cyber attack cases have gone up to more than 50,000 incidents till 2017. According to the latest data available data from the Indian Computer Emergency Response Team (CERT-In), an office within the Ministry of Electronics and Information Technology, “India has encountered 49,455, 50,362, and 53,081 cyber security incidents in 2015, 2016, and 2017, respectively.”

Top insurance brokers who deal with the crisis are of view that cyber risk is a top order item for any board across the globe. “It is recognised as a real threat and several risk-management measures have been adopted by the companies, depending upon their positions and requirements,” they said.

He, however, declined to state the total value of premium and volume of policies.

The growing incidences of cyber attacks have helped insurers increase their business under this segment. But the cyber security-insurance market is still at a nascent stage in India.

A push from government and regulatory agencies could help expand adoption of cyber insurance.

Supriya Rathi, Director at Anand Rathi Insurance Brokers, said, “While the Irdai has already mandated the insurers to have cover against cyber crime, in the case of banks, the RBI has only issued a set of guidelines in this connection rather than mandating the same.”

According to Sanjay Datta, Chief Underwriting, Claims and Reinsurance — ICICI Lombard, going by ransomware attacks and other cyber risks, India is likely experiencing a significant increase in cyber risk exposure.

As per a report by IT security solution provider Quick Heal, a staggering 973 million instances of attacks have been registered on Windows machines in the past one year, which can be roughly equated to 1,852 Windows machines being affected every minute of the year.