Transactions likely to focus on sectors such as healthcare, telecom, energy, realty. 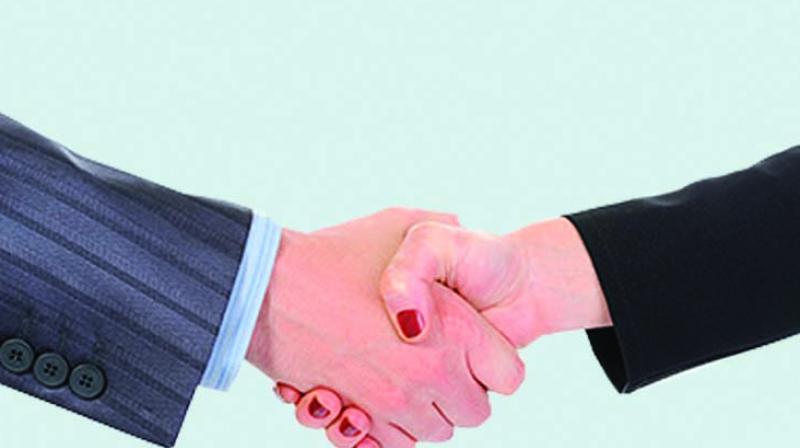 The Assocham Year Ahead Outlook observed that India’s M&A transactions witnessed a quantum jump of 170 per cent in valuations.

New Delhi: India is likely to see mergers and acquisitions (M&As) worth $50 billion in 2018 on the back of plenty of stressed corporate assets on offer at tempting valuations, according to a study.

The Assocham Year Ahead Outlook observed that India’s M&A transactions witnessed a quantum jump of 170 per cent in valuations and over 70 per cent in the number of transactions in the year gone by on the basis of various estimates.

The chamber pointed out that there has been a quantum leap in M&A transactions in India with more focus on sectors such as healthcare, telecom, energy, real estate, media & entertainment, banking, insurance, oil, cement and consumer products.

“The M&A opportunities in 2018 would remain robust given the fact that lot more assets continue to remain under stress. Several big ticket projects referred to the NCLT (National Company Law Tribunal) under the Insolvency and Bankruptcy Code would see change in promoters in areas like real estate, steel etc,” Assocham secretary general D.S. Rawat said.

The chamber suggested easing of guidelines and legislative support in the Income Tax Act and the Competition Act to boost mergers and acquisitions (M&A) activity in India.

“Amendments in the Stamp Act, 1899 to bring uniformity of Stamp Duty in all Indian states particularly to M&A transactions can prove to be a catapult for the future M&A’s in India,” Assocham said.

Merger in Telecom sector in 2017

Tata Tele-Airtel/Airtel-Telenor Airtel acquired Telenor India in the month of February, to create a combined database of 315 million subscribers. Then in October, Tata Teleservices decided to merge with Airtel for the same reason.
RCom-Jio  The entry to Jio into telecom sector saw the sector go thrpough a consolidation phase. The last major deal in this sector was when Mukesh Ambani acquired RCom’s mobile biz assets