Business   In Other News  02 Jun 2017  Layoffs will stop if seniors agree salary cuts: Murthy
Business, In Other News

Murthy said he has no doubt that all industry leaders have good intentions to solve the problem of layoffs. 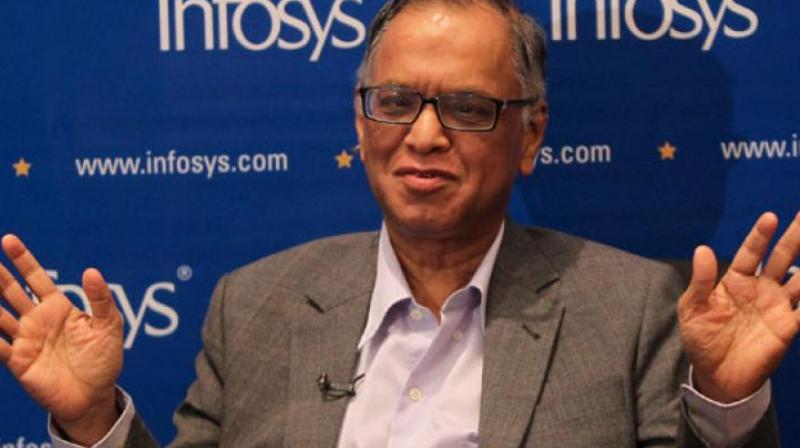 He added that the industry has dealt with the issue several times in the past. Mr Murthy said he has no doubt that all industry leaders have good intentions to solve the problem of layoffs.

“There are a lot of smart leaders in the industry, but I have no doubt at all that they are all well-intentioned people and they can find solutions,” he told a news channel.

Mr Murthy also said this is not for the first time that the industry has faced the layoff problem and hence there should not be any extreme anxiety as the industry had dealt the issue and found solutions then.

“Let us remember we have gone through this several times in the past. We went through that in 2008, in 2001. So, this is nothing new. Therefore, there is no need for us to become extremely anxious. We have had solutions to such problems in the past,” he said.

Giving example of Infosys on how they tackled the layoff problem, Mr Murthy said the company could protect the jobs of youngsters after executives at senior management level took pay cuts.

“I have a feeling that it is possible for us to protect the jobs of youngsters if the senior management people were to make some minor adjustments — adjustment of taking salary cuts,” he said.

The senior-most people at the internal director level took the highest pay cut, and then to follow suit was the senior vice president who took a slightly lower cut, Mr Murthy said.