Farm sector accounts for about 14 pc of India’s $2.6 trillion economy and employs more than half of the country’s 1.3 bn people. 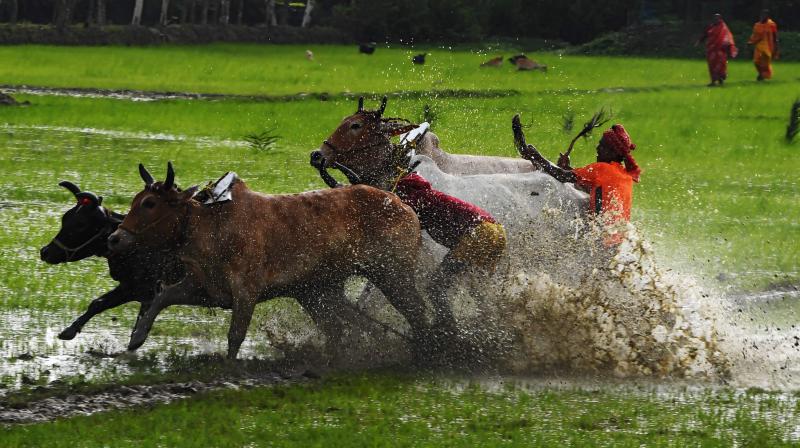 The increase for kharif crops is much larger than the average increase seen in the past few years. (Photo: AFP)

New Delhi: Keeping track of the farm sector that accounts for about 14 per cent of India’s $2.6 trillion economy and employs more than half of the country’s 1.3 billion people, the six-member monetary policy committee on Wednesday said that it expected a boost in rural demand as strong monsoon and a hike in the minimum support prices (MSP) will increase farmers’ income.

“Several high-frequency indicators of services activity increased at a faster pace in May-June. Tractor and two-wheeler sales growth accelerated significantly, suggesting strong rural demand,” MPC said in the policy statement. In its third bi-monthly meeting of 2018-19, MPC-led by Urjit Patel decided to hike the repo rate by 25 basis points to 6.50 per cent.

Describing the impact of the steep MSP hike something very challenging to assess properly, deputy governor Viral Acharya (in pic) said: “What is known as of now is that the increase for kharif crops is much larger than the average increase seen in the past few years.” Such increases operate through multiple channels in affecting inflation as there is a direct impact on the prices of targeted food items, he said.

“It is important to note that a part of the announced MSP is already built into our baseline projections as of two months ago because that is the average increase you are seeing year after year. So, its only the incremental impact that needs to be factored in now. While there is considerable uncertainty, we have looked at all the available information and what we think is a reasonable estimate,” Acharya said.