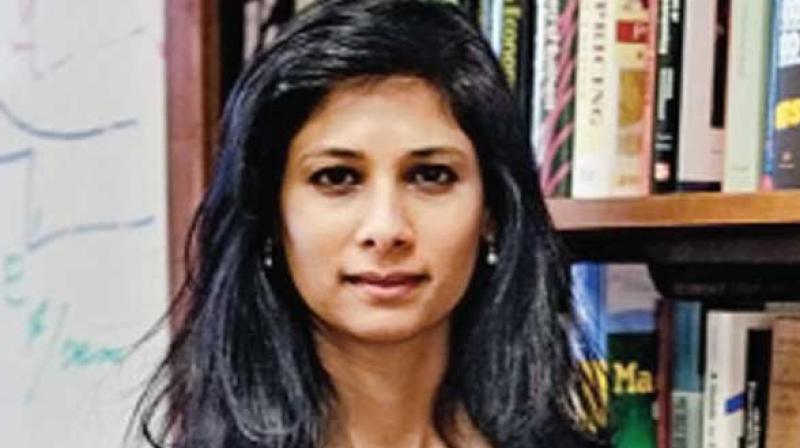 “Gita is one of the world’s outstanding economists, with impeccable academic credentials, a proven track record of intellectual leadership, and extensive international experience. All this makes her exceptionally well-placed to lead our research department at this important juncture. I am delighted to name such a talented figure as our chief economist,” Lagarde said.

Gita, 46, will succeed Maurice (Maury) Obstfeld, who announced in July that he would retire at the end of 2018. She currently serves as the John Zwaanstra Professor of International Studies and Economics at Harvard University.

A US citizen, she was born and grew up in India. She received her PhD in economics from Princeton University in 2001 after earning a BA from the University of Delhi and MA degrees from both the Delhi School of Economics and University of Washington.
She joined the University of Chicago in 2001 as an assistant professor before moving to Harvard in 2005. She became a tenured professor there in 2010.