Business   In Other News  03 Aug 2018  Nitin Gadkari urges Indian banks to be part of Infra growth story
Business, In Other News

NHAI inked a pact with the state-owned SBI for a long-term unsecured loan of Rs 25,000 crore. 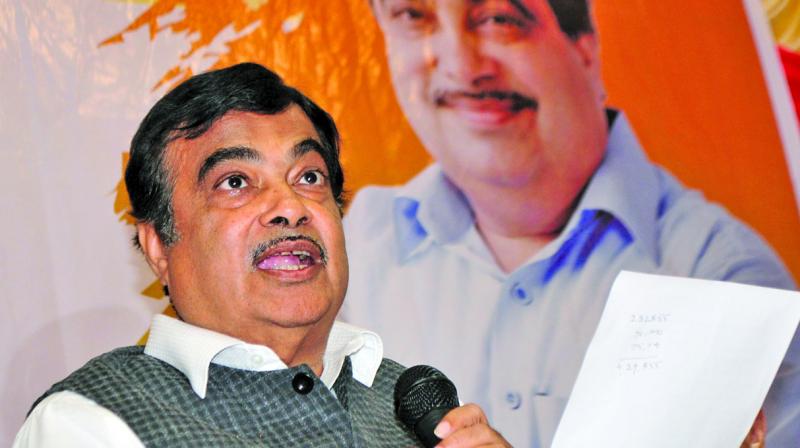 Urging Indian Banks to be a part of infrastructure growth story, Union Minister Nitin Gadkari on Friday said there are several foreign direct investors keen on investing in the space.

New Delhi: Urging Indian Banks to be a part of infrastructure growth story, Union Minister Nitin Gadkari on Friday said there are several foreign direct investors keen on investing in the space.

Terming the handing over of Rs 25,000 crore loan by SBI to National Highways Authority of India (NHAI) through a single cheque as a historic, the road transport minister said all stalled major highway projects have been rolled out.

"Indian banking system and stakeholders should come forward to become a part of the infrastructure sector's growth story. The sector has become economically viable with a good internal rate of return," Gadkari said.

He said Indian banks can tie up with foreign and pension funds to get finance for river linking projects and added there are several foreign direct investors who are keen to invest in road sector but "I would prefer more and more Indian players to take interest".

He said while 99 per cent of the stall highway projects have been rolled out 50-55 projects awarded under HAM (hybrid annuity mode) are yet to achieve financial closure.

Under HAM the government provides 40 per cent funding with the rest 60 per cent to be borne by the developer. The projects on build, operate and transfer (BOT) mode had faced problems due to the government system including problems in land acquisition but the sector had been made viable with policy changes, Gadkari said. The road building pace, which has come to 28 km a day, will reach 40 km a day next year, he added.

NHAI has got the Rs 25,000 crore loan from SBI for 10 years with 3 years of moratorium. NHAI had invited an Expression of Interest (EoI) from scheduled commercial banks for the long-term loan. "In response to this EOI, SBI offered to fund the entire requirement of Rs 25,000 crore based on one month MCLR (marginal cost of funds based lending rate)," the government had said yesterday.

It had said there is no principal repayment liability for initial three years and after that, the repayment would be done in 14 equal half-yearly installments. The total sanctioned amount is to be disbursed to NHAI within March 31, 2019.

NHAI can draw the amount in any number of tranches. NHAI has traditionally relied on borrowing through long term bonds issued to various investors, including LIC, EPFO and other qualified investors, and Tax Free bonds and Masala Bond issued in 2017.