Average stock at trade channel up by 10 days to 25 days. 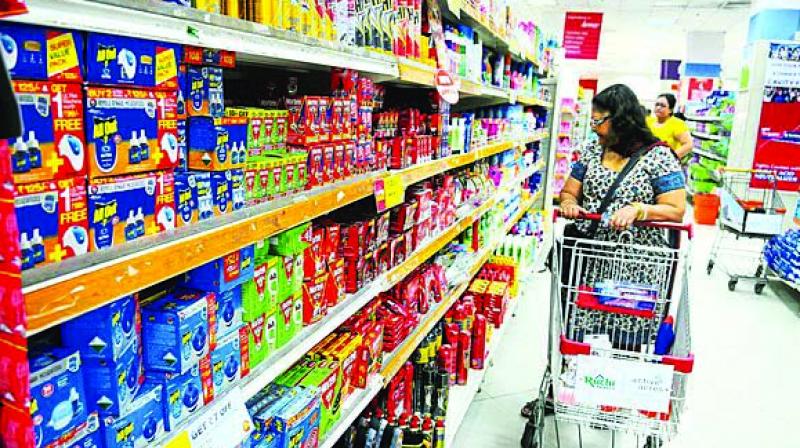 Nearly 12 per cent growth in the FMCG sector in FY20 can be fuelled by the scheme.

Kolkata: Heavy undercutting by FMCG brands is taking its toll on direct distributors. That's not all. Expanding rural reach is also becoming increasingly tougher by the day with trade channels being under tremendous financial burden, said a recent report by Elara Capital.

A recent survey conducted by Elara Capital on as many as 4 lakh distributors across India indicated that FMCG companies have been aggressively pushing inventory into channels to show volume growth. And it estimates growth fuelled through this dumping was nearly 8 per cent in FY19.

"The average closing stock at distributor level has gone up by 10 days to 25 from closing stock in FY18 while retailer credit has increased by 15 days to 25, bringing total investment by the distributor community to a level, which is unviable for their business to achieve healthy ROI," the study concluded.

The drop in demand from the rural sector has happened at a time when the Centre has disbursed Rs 123 billion under the PM Kisan programme that aims to boost farmer income by providing Rs 6,000 per year in three equal installments. Nearly 12 per cent growth in the FMCG sector in FY20 can be fuelled by the scheme. However, the there was no pickup in consumer off take although 2 tranches have been disbursed in March and April'19.

Going by the findings of the Elara Capital study, the drop in demand from the rural sector has registered in essentials, such as packaged atta (flour), refined oils & spices, and in impulse category, such as chocolates, biscuits & confectionaries. Rural India is spending less on packaged food category items, such as biscuits, confectionaries and spices, resulting in a significant growth slowdown in the FMCG sector.

"Adding to the woes is an increase in pricing, led by food inflation, thereby making it more difficult to sell. Since Parle-G has much higher salience in rural markets (50 per cent of sales) than Britannia (22 per cent of sales), their market share gap widened in 4QFY19 and will continue to do so in 1QFY20 as well," said the study report.

In another trend, following three years of consecutive poor Monsoon (dry periods), mosquito repellants as a category has witnessed low growth in the rural markets. Coils (41 per cent of category sales) have grown at a 2 per cent CAGR over FY16-19 (category growth at 10 per cent CAGR), according to AC Nielsen report.