Business   In Other News  03 Sep 2020  Services activity falls for sixth month in August as COVID restrictions hurt business
Business, In Other News 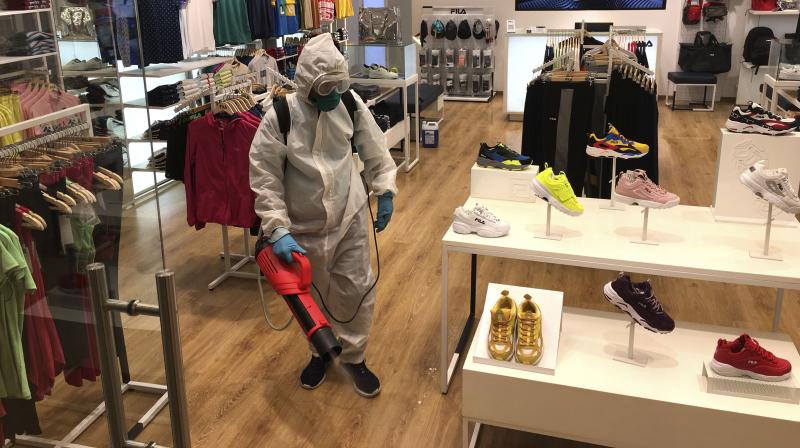 Thursday’s survey adds to the gloom in the service sector, an engine of economic growth and jobs, suggesting a long and painful road to recovery after the economy shrank nearly a quarter in April-June.

Although the Nikkei/IHS Markit Services Purchasing Managers’ Index increased to 41.8 in August from July’s 34.2, it remained well below the 50-mark separating growth from contraction.

August was the sixth straight month the index was sub-50, the longest such stretch since a 10-month run to April 2014.

“August highlights another month of challenging operating conditions in the Indian services sector,” Shreeya Patel, an economist at IHS Markit, said in a release. “Sustained periods of closure and ongoing lockdown restrictions in both domestic and foreign markets have weighed heavily on the health of the industry.”

Hoping to avert more serious economic damage, the government has said it planned to reopen underground train networks and allow sports and religious events in a limited manner despite coronavirus cases growing at the fastest rate in the world’s second-most populous country.

Amid the raging pandemic, even if restrictions are eased, economic activity is unlikely to quickly return to pre-COVID-19 levels as fear of getting infected will keep millions of people indoors, avoiding shopping malls, cinemas, restaurants and hotels.

A Reuters poll showed the Indian economy is likely to suffer its worst 12-month performance since 1979 for the fiscal year that ends March 2021, contracting 6.0%, pushing millions more into poverty.

Although improved from July, sub-indexes tracking domestic and foreign demand remained firmly in contraction territory, leading firms to reduce their workforce for the sixth straight month, the longest streak on record.

Expectations for future business activity gave little hope for an imminent turnaround as service firms gave a neutral outlook for the next 12 months.

A composite index, which measures both services and factory activity, improved to 46.0 in August from July’s 37.2, cushioned by a better manufacturing performance, but remained well below the neutral 50.0 level.

On the price front, both input costs and prices charged rose in August, suggesting Asia’s third-largest economy could enter a period of stagflation - a phase with lofty inflation, high unemployment and stagnant demand.