Business   In Other News  03 Oct 2018  Govt to penalise traders misusing e-way bill to evade taxes
Business, In Other News

As per the top official, around 15 lakh e-way bills are being generated on a daily basis. 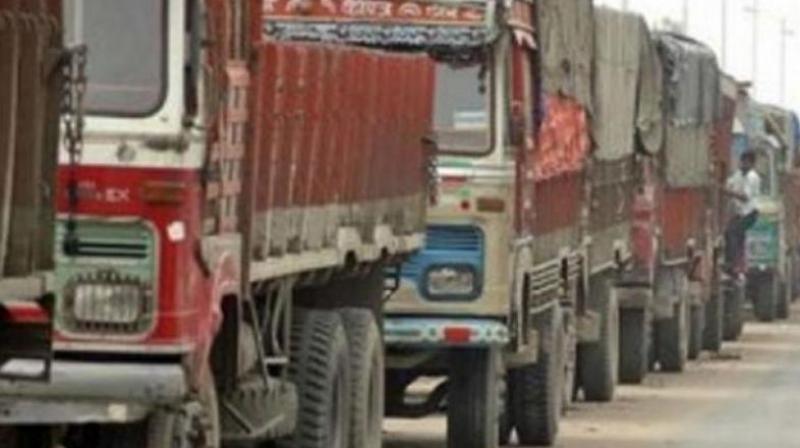 In the wake of the discrepancy, the official said the National Informatics Centre (NIC) and GSTN have been pressed into action to probe the loopholes in the system.

New Delhi: Traders misusing the e-way bill system for evading tax payment may now have a reason to worry.

A senior official from the Ministry of Finance told ANI on the condition of anonymity that the Goods and Services Tax Network (GSTN) has detected a number of traders who are regularly cancelling e-way bills just four hours after being generated.

In the wake of the discrepancy, the official said the National Informatics Centre (NIC) and GSTN have been pressed into action to probe the loopholes in the system.

"We had found that many traders are purposely canceling e-way bills. These cancellations are being done within four hours of e-way bill generation. Cases have also been found wherein 99 out of 100 e-way bills are cancelled on a single GSTN number. Subsequent investigation showed that most e-way bills being canceled are against those goods on which input tax credit (ITC) has not been claimed," said the official.

Furthermore, the Finance Ministry source said that goods such as iron, steel, cement, sanitary items, and copper wires, which are consumed easily, have been mentioned in the above said bills.

"Generally, goods are delivered within four hours if it is being transported within the city or neighboring district. We are trying to find out whether the e-way bills are being cancelled at the time of delivery of shipment, and thereby being used for tax evasion as the goods cannot be traced. We have also noticed that those traders who don't file returns are also generating e-way bills. We are unable to understand the reason for this and are probing the matter for further details," the official said.

Another top Ministry official said that tax-evading traders are being identified based on their GSTN numbers using data analytics. He also said that an action plan to nab these evaders is in the pipeline.

"Once we complete our homework and prepare a list, it will be sent to field officers of the concerned states to take action against them (evaders)," he added.

The e-way bill system was introduced by the centre to facilitate seamless intra-state movement of goods.