There are over three dozens fake BHIM apps available on Google Play store which are confusing people. 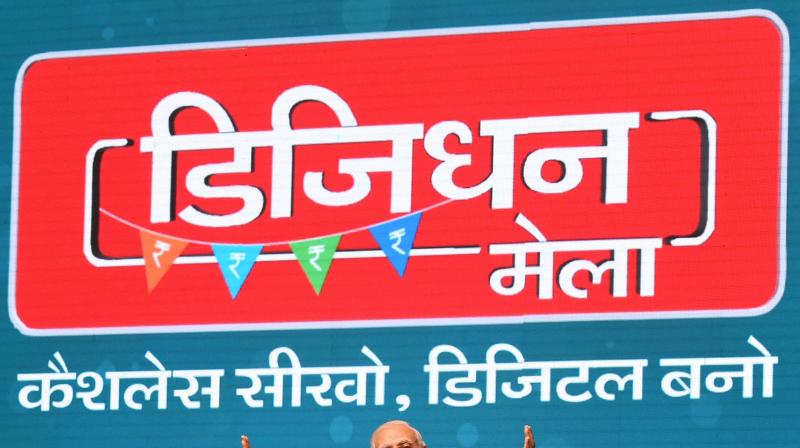 Prime Minister Narendra Modi addressing at the launch of a new mobile app 'BHIM' to encourage e-transactions during the ''Digital Mela'' at Talkatora Stadium. (Photo: PTI)

There are over three dozens fake BHIM apps available on Google Play store which are confusing  people.

Some of the fake apps found on Google Playstore are listed as: Modi ka Bhim, Bhim Modi App, Bhim Modi,  BHIM *99 USSD Banking, BHIM UPI Bank No internet, and Bhim Wallet among many others.

What is serious is that many of these fake apps have been downloaded by thousands of people who may not be able to differentiate between genuine and non-genuine apps.

Many of the users who have downloaded these fake apps may have even used them to make transactions as per comments posted on these apps.

These apps may even compromise personal and financial security details of the people who unsuspectingly download them.

Analysts said that making fake Bhim app is serious issue as the app is the top priority of the government to roll out cashless transaction in the country and such attempts could be seen as hijacking of government initiative. Some of them also claims to guide people towards Bhim app.

Analyst said that users should download Bhim app from Play store and only that one where in the description NPCI is mentioned.