Business   In Other News  04 Mar 2017  Investment scenario remains poor in manufacturing sector
Business, In Other News

While GDP is still growing at around 7 per cent the financial sector remains subdued. 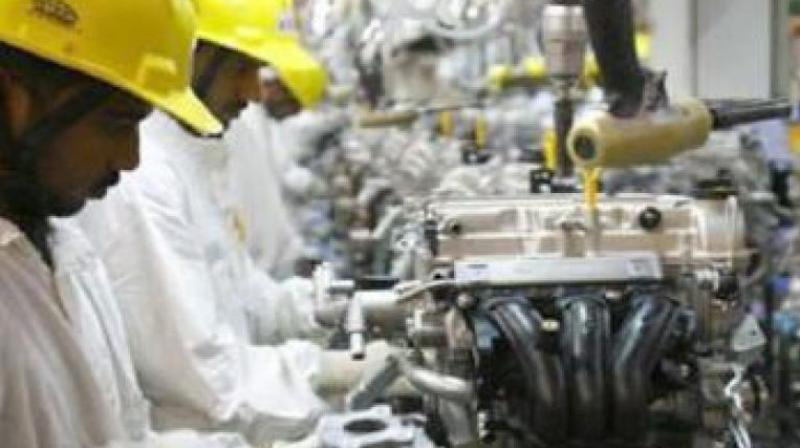 The debt market has been robust and has witnessed higher issuances, but still not across all segments.

Mumbai: Investment in the manufacturing sector across medium small and large sectors, which is an employment generator, remains sluggish as is evident in capital formation which is lower at 26.9 per cent against 29.2 per cent last year.

Construction with 7.2 per cent, vehicles and parts with 3 per cent and cement which was virtually flat at 0.6 per cent however bucked the trend according to Care ratings.

Bank credit and corporate debt market which reflect the overall mood in investment, presented a mixed picture for the first 10 months.

CSO data for the year expects capital formation to also be lower at 26.9 per cent compared with 29.2 per cent last year. While GDP is still growing at around 7 per cent  the financial sector remains subdued.

The debt market has been robust and has witnessed higher issuances, but still not across all segments.

Among the issues Care has highlighted in its report is that in the three quarters of this year, production increased by 0.71 per cent -0.86 per cent  and 1.02 per cent  respectively.

The major driver of growth in credit this year, is the retail segment with 9.4 per cent led by  home loans and vehicle loans followed trade and credit cards and consumer durables.

Credit growth to agriculture during the kharif season was at 4.2 per while within the services sector which grew by 3.3 per cent, NBFCs witnessed a decline in growth.

This situation is unlikely to change through the fiscal year and a pick-up can be expected in FY18 at the earliest depending on how infra projects pick up from the private sector and consumption fares to improve capacity utilisation thus enhancing the scope for investment said Care.