These drugs are not directly used for curing coronavirus but are used for curbing infection and improving the health of the patient. 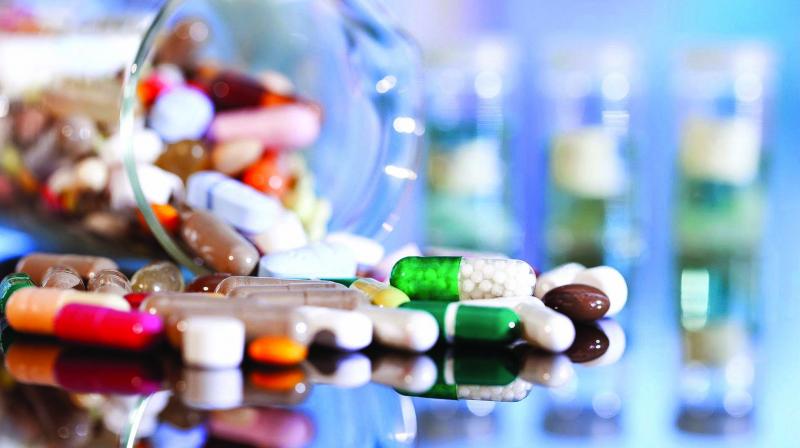 In the backdrop of detection of coronavirus cases in India and to avert possible price escalation, the government has on Tuesday restricted the export of 26 pharmaceutical drugs and formulations, including paracetamol, antibiotics and vitamins.

New Dehi/Chennai: In the backdrop of detection of coronavirus cases in India and to avert possible price escalation, the government has on Tuesday restricted the export of 26 pharmaceutical drugs and formulations, including paracetamol, antibiotics and vitamins. The decision follows a recommendation to the effect by a high-level committee formed by the Department of Pharma-ceuticals (DoP).

"Export of specified active pharmaceutical ingredients (API) and formulations made from these APIs…is hereby restricted with immediate effect and till further orders," the Directorate General of Foreign Trade (DGFT) said in a notification.

The APIs under restricted entry include paracetamol, tinidazole, metronidazole, acyclovir, vitamin B1, vitamin B6, vitamin B12, progesterone, chloramphenicol, erythromycin salts, neomycin, clindamycin salts and ornidazole as well as their formulations.

These drugs are not directly used for curing coronavirus but are used for curbing infection and improving the health of the patient.

"The DGFT has only announced restricted exports and has not banned exports. That means a manufacturer who wants to export these products will have to get the permission of the DGFT based on the approval of DoP," said P.V. Appaji, former director general of Pharmexcil. The export of these products would now require a licence.

The government wants to ensure the availability of these medicines within the country as increased external demand might result in heavy exports. Recently, the US FDA had released a statement saying the US was experiencing its first drug shortage directly related to the coronavirus outbreak. Even China might face a shortage as it is a big market for APIs and not formulations, and the pharmaceutical production has been hit in that country.

Heavy exports and scarcity in the domestic market will also result in escalation of prices. The price of paracetamol active ingredients is already up by around 40 per cent. The government had appointed a committee, led by Joint Drug Controller Dr Eswara Reddy, to monitor the availability of drugs in the backdrop of coronavirus threat. The committee had submitted its report a few days back.

Generally, India is considered to be a source of nearly 20 per cent of the world’s generic drug supply and drug-makers in the country are dependent on China for two-thirds of the chemical components needed to make them. Indian pharma companies get almost 70 per cent of the APIs, worth around $2.5 billion per year, from China. Though India’s total API imports come to $3.5 billion a year, its API exports are limited and were at $225 million last year.

With the outbreak of the deadly virus, Indian generic drug-makers are learnt to have faced supply shortages from China. “The government is regularly monitoring the impact of the coronavirus on the pharmaceutical industry, both in supply and demand,” said a government official.

“With this ban, though we may face shortages of some of these molecules for the next couple of months, I think we are self-sufficient to meet our domestic needs,” he said.