Business   In Other News  04 Jun 2018  Govt launches affordable sanitary napkins, priced at Rs 2.50 per pad
Business, In Other News

About 78 per cent women in urban areas use hygienic methods of protection during menstrual period. 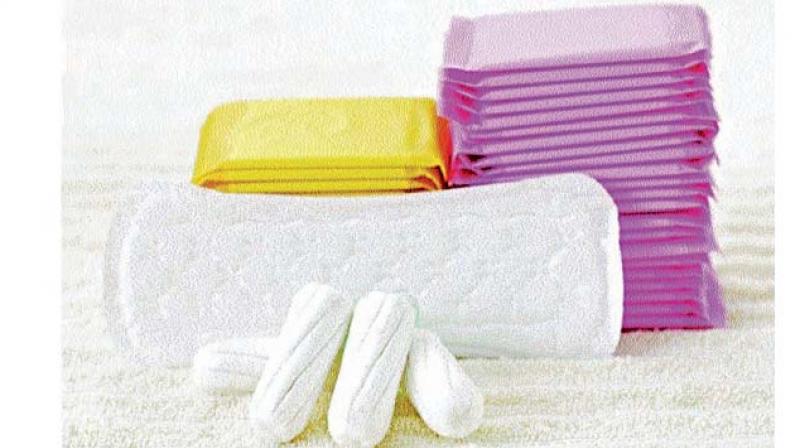 The government on Monday launched affordable biodegradable sanitary napkins, priced at Rs 2.50 per pad, to be sold under the Pradhan Mantri Bhartiya Janaushadhi Pariyojana (PMBJP) across the country.

New Delhi: The government on Monday launched affordable biodegradable sanitary napkins, priced at Rs 2.50 per pad, to be sold under the Pradhan Mantri Bhartiya Janaushadhi Pariyojana (PMBJP) across the country.

Suvidha Oxo-biodegradable sanitary napkins would be retailed through more than 3,600 Jan Aushadhi stores in 33 states and UTs across the country.

"The price of these pads is very nominal as compared with other sanitary pads in the market which are priced in the range of Rs 8 per piece. Besides, the sanitary napkins are also environment friendly," Minister of State for Chemicals and Fertilisers Mansukh L Mandaviya told reporters here.

A pack of four pads has been priced at Rs 10. Mandaviya said the launch of Suvidha napkins will go a long way in helping women from underprivileged sections to take care of their basic hygiene requirement.

He added that the launch of these pads is expected to bring in competition in the market and may lead to cut in prices of such napkins by other manufacturers as well.

Suvidha pads come with a special additive, which makes it biodegradable when it comes in contact with oxygen after being discarded. According to the National Family Health Survey 2015-16, about 58 per cent of women aged between 15-24 years use locally prepared napkins, sanitary napkins and tampons.

Earlier in March, Chemicals and Fertilisers Minister Ananth Kumar had announced to start selling such pads under the PMBJP at Jan Aushadhi stores by May 28.