The rupee ended higher by 42 paise at 69.25 on Monday compared to its previous closing. 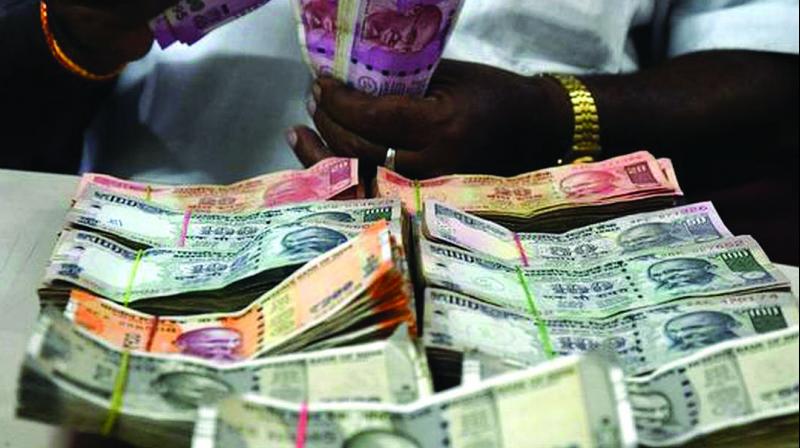 A fall in US treasury yields and bets for the US interest rate cut weighted on the greenback.

Mumbai: A cocktail of global and domestic factors such as the sharp fall in crude oil prices amid a weakness in the Dollar Index, a rally in the domestic equity market and hopes of a rate cut helped the rupee to extend its bullish trend and make a high of 69.19 before ending the session at 69.26.

The rupee ended higher by 42 paise at 69.25 on Monday compared to its previous closing. The Dollar Index, which gauges the greenback's strength against a basket of six major currencies, fell 0.11 per cent to 97.64 compared to 98.04 at the close of the Indian market on Friday.

A fall in US treasury yields and bets for the US interest rate cut weighted on the greenback. Also, Brent oil prices fell near $60 a barrel due to fears of a global recession affecting demand.

The debt market too has seen tremendous momentum, with the 10-year yield coming off around 40 basis points since the exit polls were out. The yield on India’s 10-year benchmark bonds fell 5 basis points at closing to 6.982 per cent, the lowest level since November 22, 2017. The bond market is expecting the Monetary Policy Committee (MPC) of the Reserve Bank of India to cut rates as economic growth has plunged to 20-quarter low to 5.8 per cent in Q4 FY19 and inflation remains benign. The FY19 GDP growth has come to a five-year low at 6.8 per cent compared to 7.2 per cent in FY18.

Madhavi Arora, Lead Economist, Edelweiss Securities, said, “It is a concoction of factors that has helped the rupee today. First, after the BJP led Narendra Modi's victory, policy and political certainty has increased, which is helping all the asset classes in India. Plus, the emerging market currencies were relatively better off today. Thirdly, crude has corrected in the last three days. People are taking bets on the equity market with hopes that deeper rate cuts and political certainty will buoy domestic growth.”

"We expect 25bps cut in the June policy, followed by atleast another 25bps in the August policy meeting. However we reckon the focus of RBI will now move to improve the monetary transmission of the past policies. We expect INR to remain range-bound in near-term with bias towards mild depreciation. The G-Sec yields could consolidate post- policy,” added Arora.