Since mid-March, more than 40 million Americans have applied for unemployment benefits 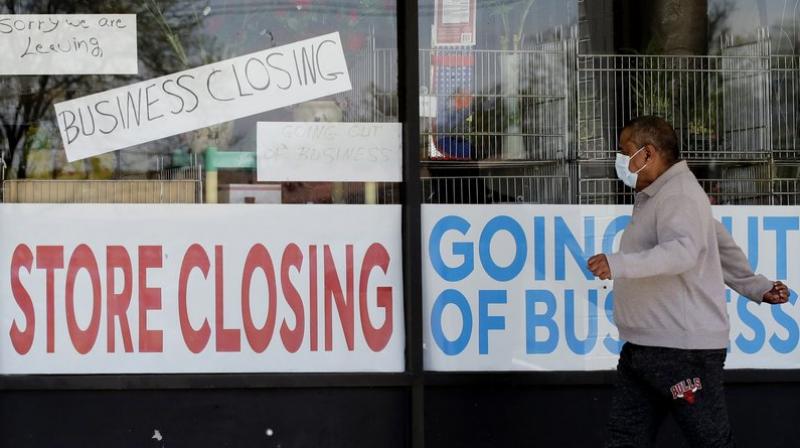 US job losses in May could raise 3-month total to 30 million. (AP Photo)

WASHINGTON: The epic damage to America’s job market from the viral outbreak will come into sharper focus Friday when the government releases the May employment report: Eight million more jobs are estimated to have been lost. Unemployment could near 20%. And potentially fewer than half of all adults may be working.

Beneath the dismal figures will be signs that job cuts, severe as they are, are slowing as more businesses gradually or partially reopen. Still, the economy is mired in a recession, and any rebound in hiring will likely be painfully slow. Economists foresee unemployment remaining in double-digits through the November elections and into 2021.

If their forecast of 8 million jobs lost in May proves correct, it would come on top of April’s loss of 20.5 million jobs — the worst monthly loss on record — and bring total job cuts in the three months since the viral outbreak intensified to nearly 30 million. That’s more than three times the jobs lost in the 2008-2009 Great Recession. And if the jobless rate does reach 20% for May, it would be double the worst level during that previous recession.

Overhanging the jobs picture is widespread uncertainty about how long the unemployed will remain out of work. Most of the layoffs in recent months were a direct result of the sudden shutdowns of businesses in response to the coronavirus pandemic. As many of these businesses reopen, at least partially, workers who had been laid off have held out hope of being rehired soon.

But some small employers might not reopen at all if the recession drags on much longer. And even once companies do reopen, their business may not fully return until Americans are confident they can shop, eat out and return to other previous habits without becoming sick. For now, most people who have lost jobs still say they expect their unemployment to prove temporary.

Even if just one-third of the job losses turn out to be permanent, though, that would leave 10 million people who will need to find work at new employers or even in new occupations. That is still more than all the jobs lost in the Great Recession.

Since mid-March, more than 40 million Americans have applied for unemployment benefits. That doesn’t mean that that many people are still unemployed. The figure likely includes some duplicate filings: In some states, self-employed and “gig” workers applied under their regular state unemployment systems before they were able to file under a new federal program that has made them eligible for benefits for the first time.