FMCG Q2 volume growth to be slowest in 2 years

Volume growth could be the slowest since Q1FY18. 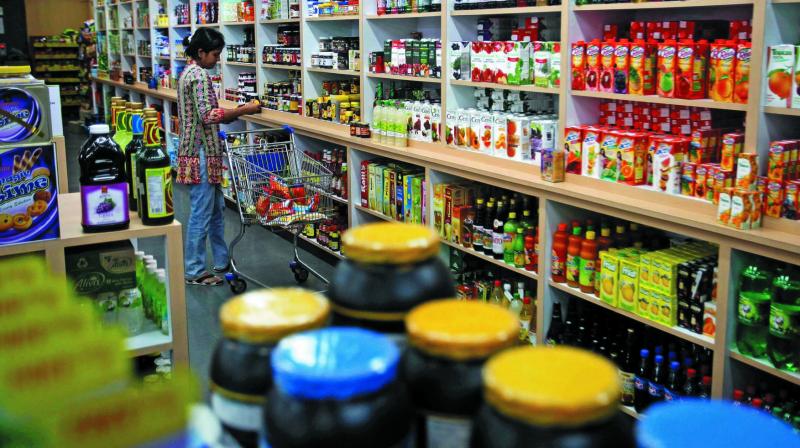 Market watchers expect the slowdown in consumer goods to worsen further in September quarter from the June quarter levels. Volume growth could be the slowest since Q1FY18.

Chennai: Market watchers expect the slowdown in consumer goods to worsen further in September quarter from the June quarter levels. Volume growth could be the slowest since Q1FY18.

The consumer goods sector has been struggling with low growth for the past two quarters primarily due to the consumption slowdown in rural India. Rural growth has slowed down due to a few factors, including liquidity crisis that hurt wholesalers as well as retailers, weak overall macroeconomic scenario and slower ramp-up of the PM-Kisan scheme. This is affecting the volume growth.

With most consumer companies not willing to take on credit risk, they are extending credit to distributors selectively. This liquidity crunch is now hurting retailers as well, which is further pressuring volumes at consumer goods companies. Besides, floods in parts of India have hampered demand to some extent.

However, raw material price rise will put pressure on margins of some of the companies. Softer crude price should aid gross margin expansion at companies with higher exposure to crude derivatives such as Asian Paints, Berger Paints and Pidilite. Copra prices continue to stay soft YoY, which would aid Marico’s margins. Emami would benefit in Q3FY20 onwards from the subdued mentha price. Wheat and milk prices have risen YoY and this would impact Nestle and Britannia.

Edelweis expects consumer staples’ volumes to start recovering from Q4FY20 led by broadening of the beneficiary base in the PM-Kisan scheme, steps to improve systemic liquidity and a favourable rabi season perking up farmers’ income. Kotak expects that the corporate tax cut will lead to potential higher job creation, increase in GDP growth pace and the associated multiplier effects can lead to acceleration in consumer demand.