Chairman said once GST is implemented, economy will grow faster and create more requirement for products 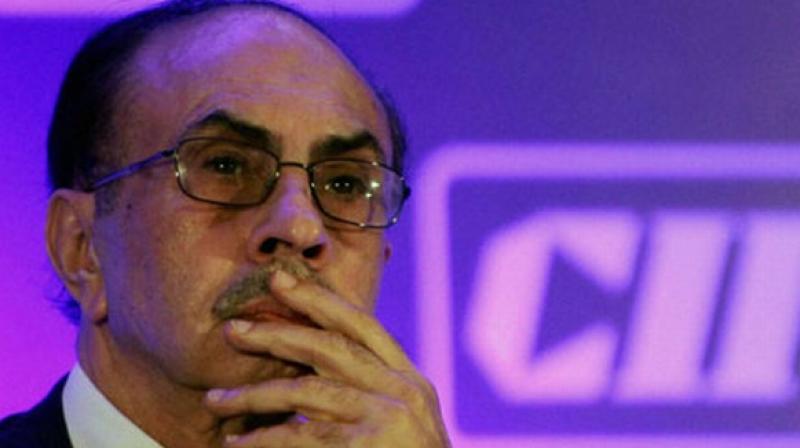 Hyderabad: Noted industrialist Adi Godrej has expressed optimism over growth in manufacturing once GST is in place and creation of large-scale jobs going forward, and termed the retrenchment at engineering major L&T as company-specific and not a "new normal".

The chairman of diversified Godrej Group said the role of technology in manufacturing will go up but refused to buy argument that it would not lead to generation of desired number of jobs.

"There will be much more technology in manufacturing. And once GST is implemented, manufacturing will get a big boost," the former President of Confederation of Indian Industry told PTI.

On L&T laying off 14,000 employees across businesses in April-September this year and asked if it's going to be a "new normal" (in terms of job cuts) in the sector, he said: "Individual companies will have their individual reasons.

But overall, I think job growth will depend entirely on economic growth. This will be directly related to level of economic growth." Asked about "anti-globalisation" sentiment taking hold in some countries and its impact on exports, he said, "India currently has such a small share of the global export market that if we are competitive, if we have good policies, then we can increase our exports also."

On Goods and Services Tax, Godrej said, "GST is more or less sorted out. I hope it will be implemented by April 1. They (NDA Government) are going to bring it as a Money Bill which will require only the Lok Sabha's approval.

In the Lok Sabha, the government has a majority." "So, I don't think there should be a problem. And there are a couple of points to be resolved with states. I hope they do resolve them soon," he added.