The amount involved in such defaults for PSBs is reported to be Rs 1,10,050 crore. 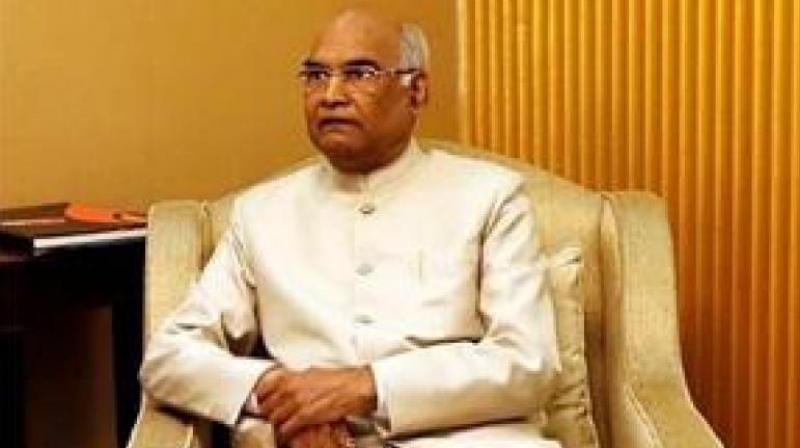 The President said that under MUDRA scheme, about 117 million loans have been sanctioned and close to 88 million of them have gone to women entrepreneurs.

New Delhi: Amid mounting NPAs or bad loans in the banking sector, President Ram Nath Kovind on Thursday said honest-tax payers suffer due to wilful and criminal default on a bank loan.

The number of wilful defaulters, who did not repay loans to public sector banks (PSBs) despite the capacity to do so, rose to 9,063 at the end of December 2017.

The amount involved in such defaults for PSBs is reported to be Rs 1,10,050 crore. Delivering the keynote address at the Ficci Ladies Organisation's (FLO) annual meeting here, the President said that genuine business failures can happen.

"But when there is a wilful and criminal default on a bank loan, then it is families of our fellows Indians that suffer. The innocent citizen loses out, and ultimately the honest tax-payer bears the burden."

Last month, the finance ministry informed Parliament that bad loans or non-performing assents (NPAs) in the banking sector have been rising steadily for the past eight years and in case of state-run banks it crossed Rs 7.77 lakh crore at December-end 2017.

Besides the NPA problem, the banking sector has also been hit by scams, with the most glaring one seen in the state-owned Punjab National Bank.

The bank has been defrauded of over USD 2 billion allegedly by billionaire jewellery designer Nirav Modi and associates.

The President further said that under MUDRA scheme, about 117 million loans have been sanctioned and close to 88 million of them have gone to women entrepreneurs.

"And as of December 2017, the number of NPAs in the MUDRA scheme is less than 8 per cent of the loans sanctioned," he said.

Referring to Stand-Up India initiative launched in April 2016 to encourage entrepreneurship among women, SCs and STs, Kovind said that about 45,000 loans have been disbursed, mainly to sole proprietors.

Almost 39,000 of these have gone to women – an overwhelming proportion, he said.