Business   In Other News  05 Aug 2019  Rs 25,000 cr tenders cancelled or modified to promote Make in India products
Business, In Other News

Govt issued the order on June 15, 2017, to promote manufacturing and production of goods and services in India. 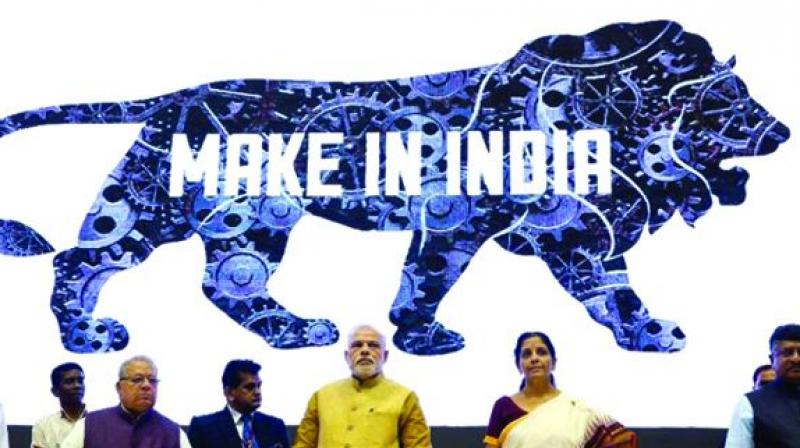 A tender for Rs 8,135 crore was modified with revised eligibility criteria for setting up of a 3x800 MW project.

New Delhi: Government tenders worth over Rs 25,000 crore were either cancelled or modified and re-issued after the Department for Promotion of Industry and Internal Trade (DPIIT) stepped in to change their conditions in order to promote 'Made in India' goods, a top official said.

"The department is taking every step for effective implementation of public procurement order, 2017, to promote 'Made in India' products," the official said.

The government issued the order on June 15, 2017, to promote manufacturing and production of goods and services in India and enhance income and employment in the country.

A tender worth Rs 8,000 crore was withdrawn and re-issued with modified conditions after the intervention of the DIPP. The project was related with setting up of a urea and ammonia plant for gasification.

Similarly, a tender for procurement of train set coaches was cancelled as the tender had certain restrictive conditions which were discriminatory against domestic manufacturers and favoured foreign players. The project cost was Rs 5,000 crore.

A tender for Rs 8,135 crore was modified with revised eligibility criteria for setting up of a 3x800 MW project. A tender worth Rs 3,000 crore for Mumbai Metro was also modified.

The move assumes significance as concerns have been raised by certain quarters about the restrictive and discriminatory clauses being imposed against domestic manufacturers and suppliers in tender documents for public procurement.

The department had earlier held a series of meetings with all the concerned departments and ministries including steel, railways, defence, oil and gas, pharmaceutical, electronics, telecommunications, heavy industries, textiles, shipping and power in this regard.

"Directions were given to ensure strict compliance of the order in letter and spirit. All nodal ministries were directed to ensure notification of local content," the official added.

Under the Public Procurement (Preference to Make in India) Order, it was envisaged that all central government departments, their attached or subordinate offices and autonomous bodies controlled by the Government of India should ensure purchase preference be given to domestic suppliers in government procurement.

Last year, the Central Vigilance Commission had issued directives to all central vigilance officers to exercise oversight on all contracts of over Rs 5 crore to ensure that restrictive and discriminatory clauses against domestic suppliers are not included in the tender documents for public procurement and that the tender conditions are in sync with the order.

Further, the official said that any grievance related to the issue will be taken care of by the standing committee on implementation of this order. It is chaired by the DPIIT Secretary.

Several departments and ministries including pharmaceuticals and defence production have already identified a number of items which would have a minimum level of domestic content.