Business   In Other News  05 Aug 2020  Fuel demand may take at least 6-9 months to rebound to normal levels: IOC
Business, In Other News

Fuel demand may take at least 6-9 months to rebound to normal levels: IOC

Fuel sales had fallen by a record 45.8 per cent in April when a nationwide lockdown was in place to check the coronavirus infections 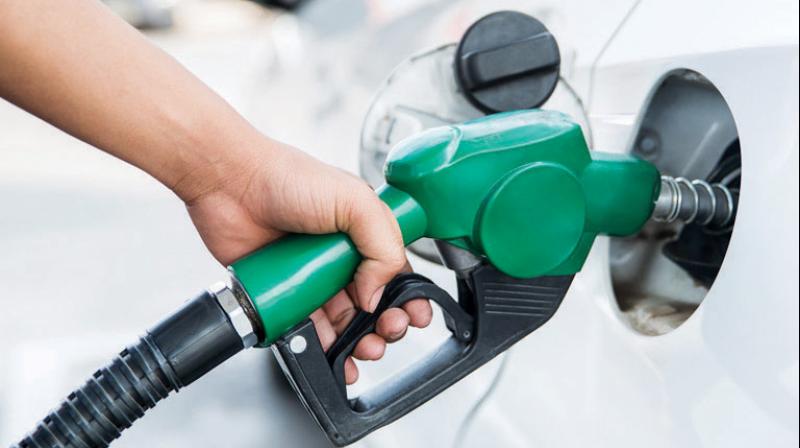 Fuel sales had fallen by a record 45.8 per cent in April when a nationwide lockdown was in place to check the coronavirus infections. Lockdown restrictions have been progressively eased beginning May but now several states are imposing lockdown to curb record daily infection rates.

Speaking at an investor call on first-quarter earnings, Gupta said it was difficult to predict the demand recovery rate given the rising infections in India and around the world.

After making a smart recovery in May, fuel sales have dipped from the second-half of June.

Diesel, which accounts for two-fifths of the overall petroleum product demand in India, fell 13 per cent to 4.85 million tonne in July from the previous month and by about 21 per cent from a year earlier, according to provisional PSU sales data.

Petrol sales fell 1 per cent to 2.03 million tonne in July from June, and by about 11.5 per cent from a year ago, while jet fuel sales in July rose 4 per cent from the previous month to about 218,000 but fell 65 per cent from July 2019 as air travel curbs continued.

The only fuel that has consistently seen a rise in demand is cooking gas LPG which at 2.27 million tonne was 10 per cent more than June and 3.5 per cent higher than a year ago sales, the data showed.

A tough initial lockdown was imposed beginning March 25 but dreams of a V-shaped recovery after it was eased in May have been obliterated by a surge in cases and new lockdowns.

Last week, IOC Chairman Shrikant Madhav Vaidya had stated that demand would begin to rebound only by year-end.

New lockdowns in India had knocked capacity utilisation at refineries down from 93 per cent in early July to 75 per cent by the end of the month but it was predicted to stabilise in the coming months.

"The number of lockdowns states are now announcing, that is taking its toll on the demand numbers," he had said on July 31. "One thing is sure, we aren't going back to the normal times at least in the near future."

New lockdowns are hitting the country's economic recovery as there appear no signs of the infection rate slowing.

"We want to complete this capex spending as there is no point in deferring capex already approved," he said. "We want all the schemes (approved) to be taken on priority and spend Rs 21,000 crore capex (standalone for IOC, excluding group companies). To what extent we will be able to achieve (the target), that has to be seen (in view of COVID-19 spread). We are doing our best to spend."

"As on date, plans stand. As we go forward things can be different depending on ground realities," he said.

He said the planned expenditure on refineries is for completing BS-VI fuel upgradation spillover work while greater investment is planned in pipelines and marketing infrastructure that will reduce transportation and logistics cost.

The company has an ambitious plan to add more than 1,000 petrol pumps to its market-dominating presence of 29,368 outlets.

IOC, which saw its first-quarter net profit tank 47 per cent due to inventory losses, is likely to record inventory gains in the current quarter but core refinery margins are likely to remain subdued.