Flipkart owners chosen as '2016 Asians of the year'

Sachin Bansal and Binny Bansal were chosen by the Straits Times as part of group called the 'The Disruptors'. 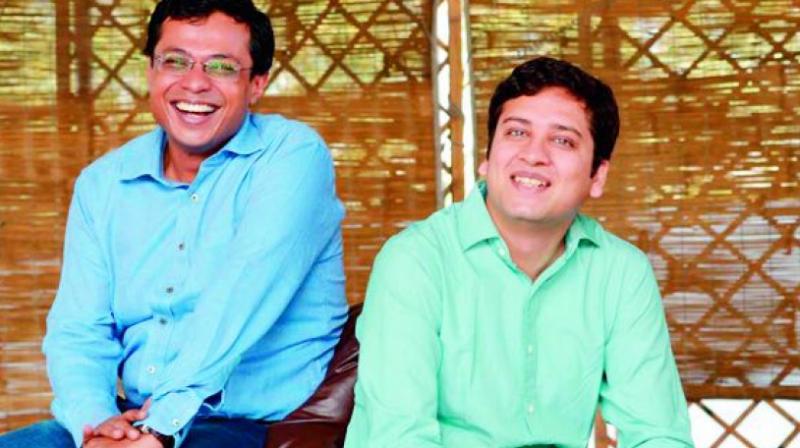 Bengaluru: After Time Magazine put Flipkart Founders - Sachin Bansal and Binny Bansal - on the list of 100 Most Influential People in the world, the Straits Times of Singapore has chosen them for the prestigious "2016 Asian of the Year" as part of a group called the "The Disruptors."

"Flipkart’s innovative steps, aimed at transforming commerce in India through technology, have truly disrupted the market and it makes us proud to be recognized for this achievement.

In 2014, the award was given to Prime Minister Narendra Modi and in 2015, it was awarded posthumously to Lee Kuan Yew, Singapore's founding father, the statement said.

The Asian of the Year 2016 awards recognises entrepreneurs "operating at the frontiers of technology's interface with business", who have launched companies that have disrupted traditional business model for the benefit of end-consumers. Other 'disruptors' include the founders of Tencent, Go-Jek, Grab and Razer.