Business   In Other News  06 Apr 2020  Trump signals possible tariffs on oil imports amid low prices
Business, In Other News 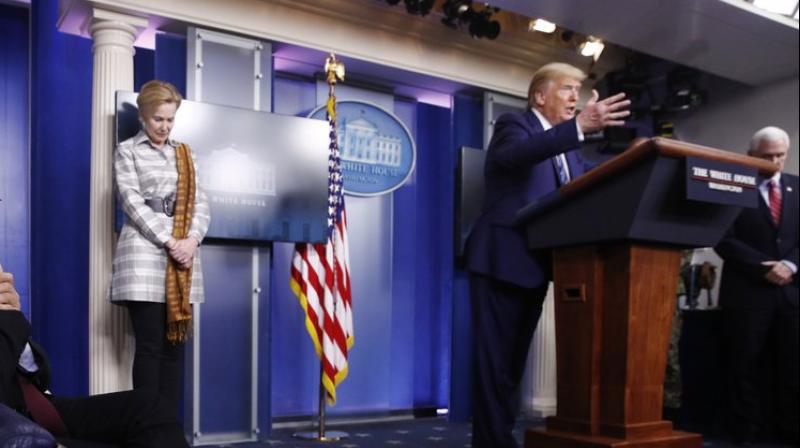 WASHINGTON: U.S. President Donald Trump said on Sunday he could slap “very substantial tariffs” on oil imports if prices stay low, but does not expect he will need to, since neither Russia nor Saudi Arabia, which are locked in an oil price war, would benefit from continued low prices.

When asked at a White House press briefing under what conditions he would impose the levies, Trump said, “If the oil price stays the way it is...I would do that, yeah, very substantial tariffs.”

Oil prices have dropped by about two-thirds this year as the COVID-19 pandemic caused by the new coronavirus has hammered demand and as major producers Russia and Saudi Arabia boost output in a war over market share.

Trump had previously said that he expects the two countries to arrive at a deal to cut output by as much as 15 million barrels per day. Neither country has confirmed his comments, but Trump expects tariffs can be avoided.

The United States in recent years has become the world’s biggest oil producer, at times putting its exports in competition with Russia and members of the Organization of the Petroleum Exporting Countries, or OPEC.

As oil prices drop, many heavily leveraged U.S. energy companies face bankruptcies and workers are at risk of layoffs.

While Trump noted the low oil prices buoyed the battered airline industry and helped consumers, he reiterated his support for the oil sector.