The 'BSE' signage atop the towers broke-off and was dangling from the facade of the building, officials said 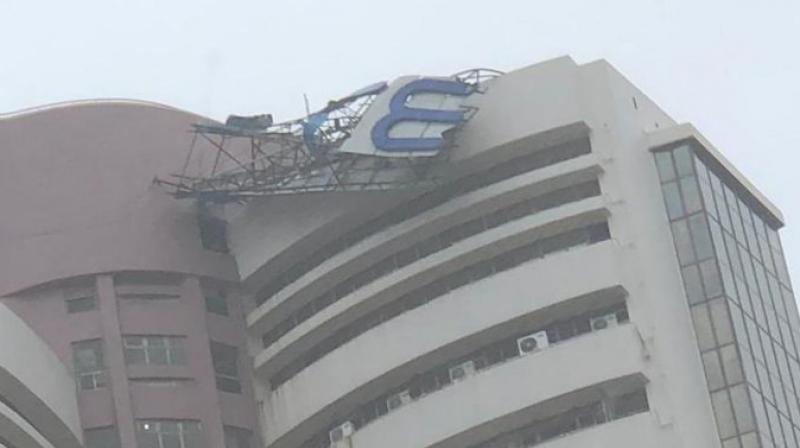 Signage atop BSE building gets damaged in Mumbai rains. (Photo-Twitter/@ashishchauhan)

Mumbai: Gusty winds and heavy rains on Wednesday resulted in the signage atop the headquarters of leading stock exchange BSE getting damaged and dangling from the iconic building's facade.

Asia's oldest bourse is housed in the 29-storey Phiroze Jeejeebhoy Towers, which is the highest building in the Fort area of south Mumbai.

The 'BSE' signage atop the towers broke-off and was dangling from the facade of the building, officials said, after its pictures started circulating online.

As the staff was unable to pull up the signage, help is being sought from the fire brigade authorities, they added.

The financial capital has been lashed by heavy rains and gutsy winds since Wednesday afternoon. Reports of some damage have been pouring in, including uprooting of trees or asbestos sheets flying off in some cases.