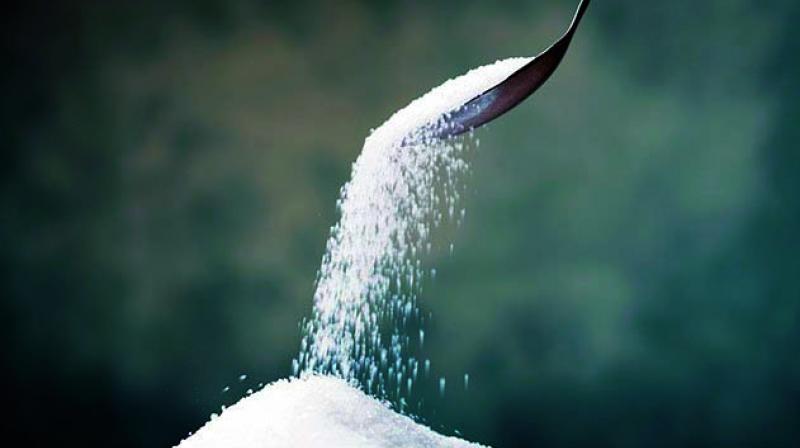 India is expected to churn out a record sugar production of about 35 million tonnes in 2018-19 year starting in Oct.

Mumbai: India will surpass Brazil as the world’s top sugar producer next year, with the South American country losing its lead for the first time since the 1990s as its mills allocate increasingly more cane for ethanol production and as low investments dent cane yields.

At the same time, with subsidy schemes for a politically sensitive sector, India is expected to churn out a record sugar production of about 35 million tonnes in 2018-19 year starting in October, while Brazil’s output could retreat by about 10 million tonnes from a year ago to about 30 million tonnes.

With fuel prices on the rise and sugar prices trading near 10-year lows in New York, the incentive for Brazilian mills to produce the sweetener is low. Indian mills have little option but to produce sugar as their biofuel production capacity is limited.

The change in leadership over sugar production, which Brazil has held since the 1990s, is expected to reflect in trade flows around the world, with Brazilian exports losing a slice, while Asia gains a foothold in the global market amid a glut in supplies, especially in India.

“The big question is how will India deal with the surplus, given the estimate on consumption is around 25 million tonnes.”

Along with India, Thailand, the second largest exporter behind Brazil, is in Asia, a major consumer region.

The surplus production will allow India to increase exports, while Thailand will remain a major exporter, said consultant Júlio Maria Borges, from Job Economia, adding that Brazilian exports in the new crop year are expected to decline by about 9 million tonnes.

India could start new season with inventory of over 10 million tonnes and could produce another 35 million tonnes in the season, estimates the Indian Sugar Mills Association (ISMA) said.

Total supplies would be around 45 million tonnes against local demand of 25.5 million tonnes, making exports essential from the country, says Abinash Verma, director general of ISMA.

The industry body has requested the government to make exports of 7 million tonnes mandatory in the next marketing year, Verma said.

“Yes, exports are necessary and we will decide quantum after consulting with all the stakeholders,” said an Indian government official, who is involved in the decision making.

In March, India asked mills to export 2 million tonnes of sugar and fixed a mandatory export quota for each mill, but mills have so far managed to export around 500,000 tonnes.

“The gap between local and overseas prices is huge and many mills are not exporting surplus despite the government order,” says B. B. Thombare, managing director of Natural Sugar & Allied Industries, a sugar mill based in western Indian state of Maharashtra.

In the Indian market, mills were selling sugar around $430 per tonne against export prices of around $330, said a Mumbai-based dealer with a global trading firm.

In August, global raw sugar prices fell to their lowest level in a decade as the dollar rose against the Brazilian real. On Wednesday, raw sugar was trading around 10.87 cents per lb.

A jump in Indian exports could further depress global prices.

“Prices could fall below 10 cents if Indian government provides subsidy and sets an ambitious target for exports,” said India head of a global trading firm, who declined to be named.