Business   In Other News  06 Nov 2019  5 key polices that are driving the growth of Indian logistics segment
Business, In Other News 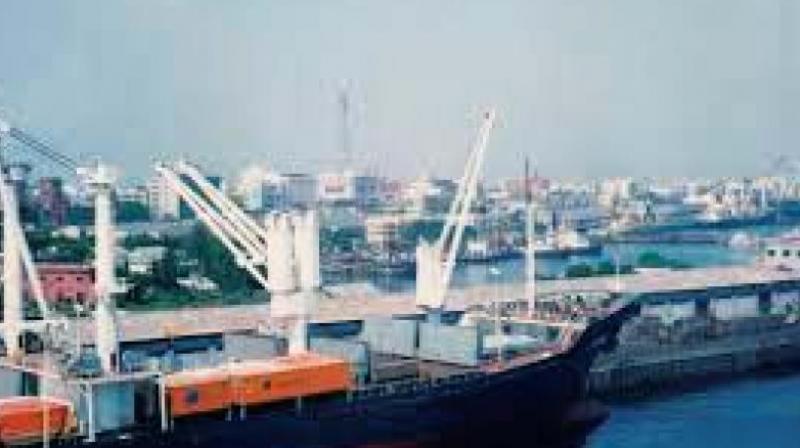 India has garnered tremendous goodwill and become a global brand for trade development, thanks to the proactive government initiatives.

The focus of the Indian government over the past few years has been on accelerated growth through improved bilateral trade and foreign investment policies. India has garnered tremendous goodwill and become a global brand for trade development, thanks to the proactive government initiatives.

According to a study conducted by The Associated Chambers of Commerce and Industry of India (ASSOCHAM), the logistics and supply chain market in India is expected to grow and reach USD 307 billion by the year 2020, recording a CAGR of 16 percent on an average. The growth in the sector is being driven by the rise of international business in India which is itself the result of the improved bilateral trade. However, the factors that have contributed towards India leveraging its growth potential to achieve fruitful bilateral trade and increasing its global footprint are as below:

As numerous industries enter and set their manufacturing plants in India, it is a noteworthy fact that Indians no longer have to go out of their way and increase any existing trade deficit. Chairman of the Foxconn Technology Group, Terry Gou, said the iPhone will go into mass production in India this year, in addition to their pre-existing plants in the south and this should also help increase the viability of India as an attractive sector for manufacturing.Total exports from India (Merchandise and Services) registered a growth of 3.20 per cent year-on-year during April-August 2019 to USD 227.36 billion,

With a major thrust on strengthening the Indian logistic ecosystem, new and improved logistics hubs and warehouses are planned, strategically around important ports. Logistic parks and specialized spaces for warehouses, is proving extremely helpful. According to reports, the major ports of India are showing positive growth trend as the key 9 ports of the country have handled 3.11 per cent more traffic during April to January in 2019 as compared to its corresponding period of the previous year. Additionally, India is aiming spot in top 5 Global Air Freight Market by the year 2025. If Drones Policy 2.0 draft is implemented, India will witness Droneports & Dedicated Drone Corridors in upcoming times.

Through genius marketing and extensive cultural research, have strengthened bilateral trade. Recent events like ‘Howdy Modi’ where the Prime Minister visited the US, India can present itself as a country of immense investment potential, which is being rewarded with FDI inflows of USD 405.64 billion in the week up to March 15, 2019. Furthermore, in the Global Business Forum, the Prime Minister of India has further urged international businesses to invest in India, and leverage the available technological talent.

With the increase in the FDI inflows, the sector is set to further invest and implement in technologies such as deep learning, machine learning, IOT and data analytics. The Make in India movement and the Digital India movement have also played major roles in the expansion and growth of the logistics and supply chain. According to IDG’s 2018 State of Digital Business Transformation report, 89 per cent of enterprises have planned to adopt new-age technologies and integrate them to transform their logistics and supply chain departments to stay at par with international standards. It is because of these advanced technologies that the transformation and the ease in manufacturing has taken over the most time-consuming and mundane processes. As a result, it has also driven profits at an accelerated rate.

New and improved trade policies have also helped achieve bilateral trade and increase international business. Foreign trade policies such as the Merchandise Exports from India Scheme (MEIS) and the Service Exports from India Scheme (SEIS) have positively complemented the logistics and supply chain management and enhanced the manufacturing sector in India.

According to data released by the Commerce and Industry ministry, the exports, driven by the strong logistics and supply chain sector reached a staggering US $331 billion in 2018-19. Extra efforts for improved bilateral trade by the Indian government have also resulted in lower tariffs and taxes by different countries. Also, some other key developments includes:

The latest trade data released by the Indian Embassy in Bangkok, Thailand shows that trade between the two nations has grown at least 60 per cent since 2016.

The recent launch of the India-UAE Bridge initiative is set to attract both Indian and UAE trade and investments. India is one of the UAE’s largest trade partners with bilateral trade amounting to over USD 60 billion and annual growth topping 11 per cent. The expectation is to exceed $100 billion as Dubai stands as the key gateway facilitating India-UAE trade.

India is now one of the most powerful players in the global economic landscape with the logistics and supply chain sector as its backbone. The improved bilateral trade and the opened gateway to the Indian economy through globalization and liberalizationis providing all the needed opportunities.

India is on the path to double the current 3 per cent world trade share by implementing the Foreign Trade Policy 2015-20. Ministry of Civil Aviation in its report titled ‘Vision 2040’ has stated that cargo movement is expected to quadruple and achieve the figure of 17 million tons by the year 2040. With the government striking trade deals with countries like the US, Australia, Japan and China, there's little doubt that the Indian logistics and supply chain management sector is on the path of becoming one of the most sought after sectors in the Indian economy.