Business   In Other News  07 Jun 2020  Despite disagreements, US offers help in cleaning huge Russian oil spill
Business, In Other News

President Vladimir Putin declared an emergency and said he expects the company to pay for the clean up, which could take years 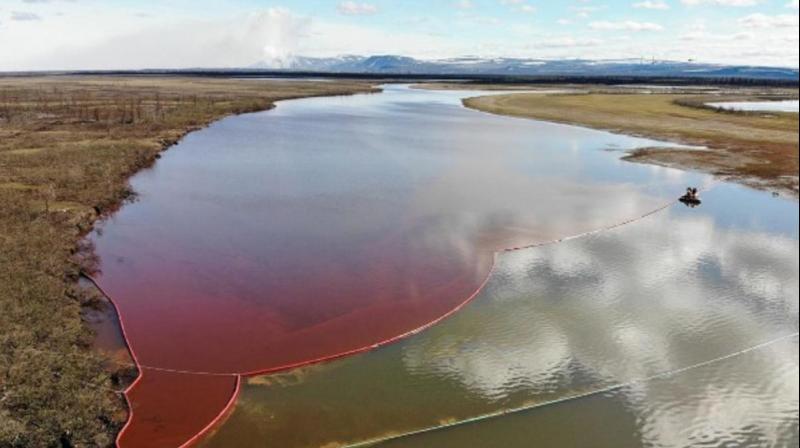 The United States on Saturday offered to help Russia clean up a vast fuel spill that has fouled an Arctic river in northern Siberia.

"Saddened to hear about the fuel spill in Norilsk, Russia," Secretary of State Mike Pompeo wrote on Twitter.

"Despite our disagreements, the United States stands ready to assist Russia to mitigate this environmental disaster and offer our technical expertise."

On May 29, a diesel-fuel tank at a power plant belonging to the giant Norilsk Nickel mining group collapsed near the Siberian industrial city of Norilsk, sending some 15,000 tons of diesel into a nearby waterway and pouring an additional 6,000 tons onto surrounding land.

The spill -- deemed the worst ecological catastrophe of the sort to ever hit the region -- colored remote tundra waterways with bright red patches visible from space.

President Vladimir Putin declared an emergency and said he expects the company to pay for the clean up, which could take years.

Clean up work however has been complicated by marshy ground amid a springtime thaw and the shallow depths of the nearby Ambarnaya River, which prevents boats from reaching the scene.

Russian officials said Friday that the spill was probably caused when long-frozen permafrost under the fuel tank melted and gave way, and ordered a review of infrastructure in vulnerable zones.