Business   In Other News  08 May 2020  India's rating outlook reflects rising risk of slower GDP growth: Moody's
Business, In Other News 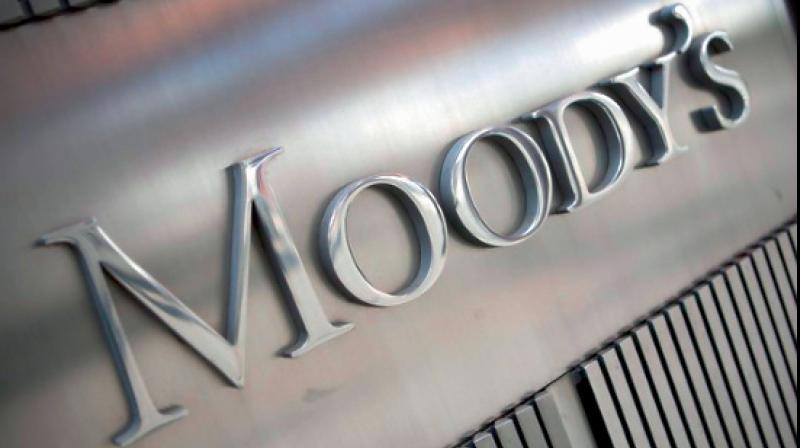 New Delhi: Moody's Investors Service on Friday said the negative outlook on India's rating reflects increasing risks that GDP growth will remain significantly lower than in the past and partly hints at weaker policy effectiveness to address economic and institutional issues.

Moody's had, in November 2019, downgraded India's outlook to negative from stable on concerns of lower economic growth. The agency had, however, affirmed country's 'Baa2' rating.

In its update to the November forecast released on Friday, the agency said India's credit profile is supported by its large and diverse economy, and stable domestic financing base.

This is balanced against high government debt, weak social and physical infrastructure, and a fragile financial sector, which face further pressures amid the coronavirus outbreak, Moody's said in a credit opinion titled ‘Government of India- Baa2 negative'.

“This is in light of the deep shock triggered by the coronavirus outbreak, and partly reflects lower government and policy effectiveness at addressing long-standing economic and institutional weaknesses, leading to a gradual rise in the debt burden from already high levels,” it noted.

It said the shock from coronavirus pandemic will exacerbate an already material slowdown in economic growth, which has significantly reduced the prospects for durable fiscal consolidation.

Government measures to support the economy should help to reduce the depth and duration of India's growth slowdown, it added.

It said prospects of further reforms to support business investment and growth at high levels, and significantly broaden the narrow tax base, have diminished.

“If nominal gross domestic product (GDP) growth does not return to high rates, we expect that the government will face very significant constraints in narrowing the general government budget deficit and preventing a rise in the debt burden,” it added.

Last month, Moody's had slashed India's growth forecast for calendar year 2020 to 0.2 per cent from 2.5 per cent projected in March.

Moody's said fiscal deficit this year is set to widen materially due to sharp decline in growth and stimulus spending, and weaker government revenue.