Business   In Other News  08 Jun 2020  Petrol, diesel prices hiked by 60 paise/litre for second day in row
Business, In Other News 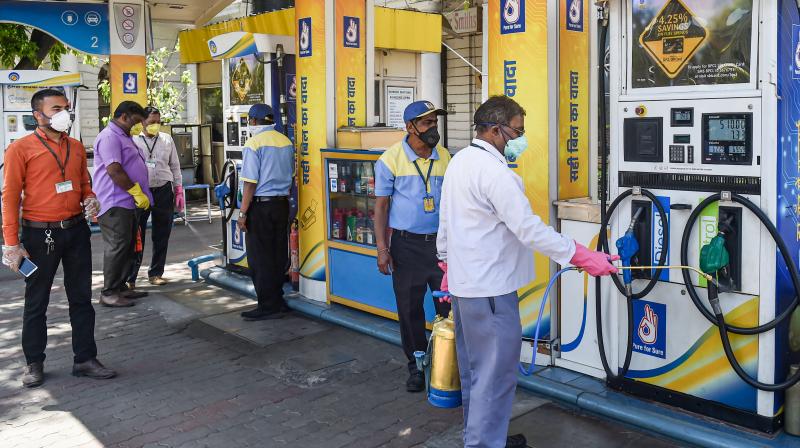 New Delhi: Petrol and diesel prices were hiked by 60 paisa per litre on Monday, for the second day in a row, as state-owned oil firms reverted to daily price revisions after a 83-day hiatus.

Petrol price in Delhi was hiked to Rs 72.46 per litre from Rs 71.86 on Sunday, while diesel rates were increased to Rs 70.59 a litre from Rs 69.99, according to a price notification of state oil marketing companies.

This is the second daily increase in rates in a row. Oil companies had on Sunday raised prices by 60 paisa per litre on both petrol and diesel after ending a 83-day hiatus in daily rate revision.

While oil PSUs have regularly revised ATF and LPG prices, they had since March 16 kept petrol and diesel prices on hold, ostensibly on account of extreme volatility in the international oil markets.

Auto fuel prices were frozen soon after the government raised excise duty on petrol and diesel by Rs 3 per litre each to mop up gains arising from falling international rates.

The government on May 6 again raised excise duties by Rs 10 per litre on petrol and Rs 13 per litre on diesel.

Oil companies, instead of passing on the excise hike to consumers, decided to adjust them against the reduction required because of the drop in international oil prices. They used the same tool and did not pass on the Re 1 per litre hike required for switching over to ultra-clean BS-VI grade fuel from April 1.