Trai believes the reserve price of Rs 492 crore per Mhz of 5G radiowave is competitive enough. 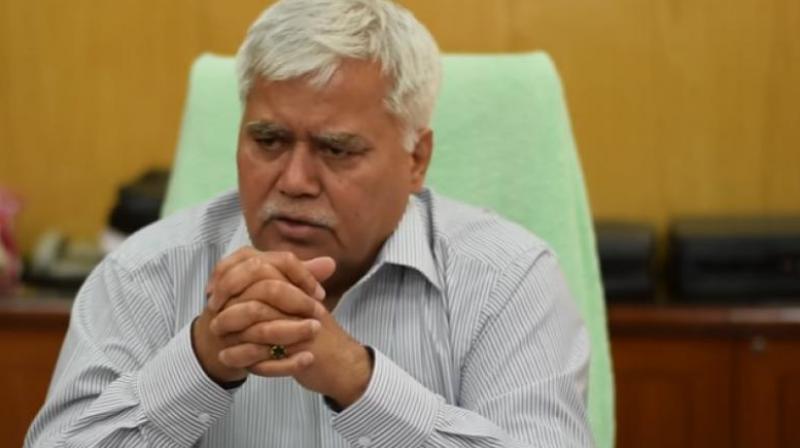 As the government is planning to hold spectrum auction in the second half of 2020 fiscal, telecom regulator Trai believes the reserve price of Rs 492 crore per Mhz of 5G radiowave is competitive enough.

New Delhi: As the government is planning to hold spectrum auction in the second half of 2020 fiscal, telecom regulator Trai believes the reserve price of Rs 492 crore per Mhz of 5G radiowave is competitive enough.

“We are hopeful that auction will take place on 5G front, there is no reason for us to think it will not happen with respect to people saying that the auction prices are higher. We have applied the same principle which we had used in the past also to arrive at the estimation of the reserve price,” Trai chairman RS Sharma told FC.

New 5G bands (3300-3600 MHz) will be auctioned for the first time.  At Rs 492 crore per MHz, operators will have to shell out Rs 9,840 crore for a pan-India minimum block of 20 MHz, which telecom companies say is steep. Mobile phone companies could skip the upcoming 5G spectrum sale if pricing of airwaves is “too high”, global ratings agency Fitch said last week.

Fitch said that while the new telecom policy — National Digital Communications Policy 2018 — is likely to encourage companies to increase investments in 5G spectrum, it could further “stretch their already heavily indebted balance sheets over the next two years, depending on 5G spectrum asset price”. Intense competition, Fitch said, has limited telcos’ pricing power, and led to stretched balance sheets.

The gross revenue of telecom service providers and licence fee paid to the government declined by around 10 per cent to Rs 58,401 crore and Rs 2,929 crore, respectively, in April-June 2018 on year-on-year basis, according to Trai. When asked whether the price of Rs 492 crore a mega hertz would drive away telocs from bidding, the regulator said, “I don’t want to give any projections, it is up to the rest of players in the ecosystem to do their job.”

“It is for the players to bid for the auction. I don’t want to give any counter opinion to that (the operators' contention that the 5G spectrum reserve prices are higher). One can always say that prices are higher,” he added

When asked if telcos use existing 4G bands to offer 5G services, Sharma said: “There is no band for any G. Every band can be used for anything. We have unbundled /disconnected a band from its usage. So, it is typical to call some bands as 5G.”

While the country is gearing towards 5G, Trai said 2G still has relevance in India. “Many countries have closed down 2G shops. May be such a time will come. But we are not thinking on those lines. In India people use feature phones which are working on 2G,” he said.