Business   In Other News  08 Oct 2019  Mobile tower installation at 60 pc of annual target due to permission delays: COAI
Business, In Other News

Mobile tower installation at 60 pc of annual target due to permission delays: COAI

Overall, structural issues need to be identified and addressed at the earliest, COAI Director General noted. 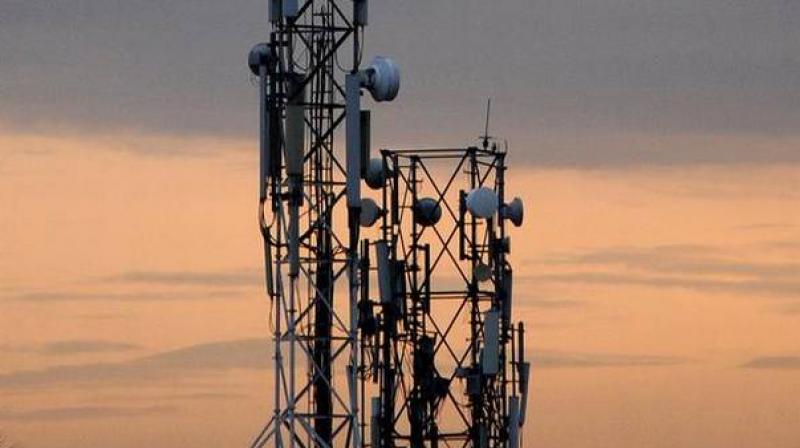 We expect that in any particular year there will be 1,00,000 mobile tower installations. But at the last count, it has reached 50,000 or 60,000 towers, said COAI Director General, Rajan Mathews.

New Delhi: Mobile tower installations have reached only 60 per cent of intended target of 1,00,000 towers annually, mainly due to delay in permission from local authorities and other structural issues, industry body COAI said on Tuesday.

Cellular Operators' Association of India (COAI) also said it is "reasonable" for regulator Trai to review service quality norms, especially at a time when technology is changing dramatically, but added that policy or regulatory actions need to be "curative rather than penal".

"We expect that in any particular year there will be 1,00,000 mobile tower installations. But at the last count, it has reached 50,000 or 60,000 towers," COAI Director General, Rajan Mathews told PTI.

The big impediment has been lack of crucial installation permissions, Mathews said, asserting that customers' grouse on mobile service quality and call drops also need to be viewed in the backdrop of structural issues and infrastructural bottlenecks faced by operators.

"The biggest impediment is to get timely permission for our cell towers and laying of fibre. There are instances, at local level, of towers being disconnected, fibre cut and disruption to our network. We need to look at all these in totality," he said.

The recent initiative of Department of Telecom (DoT) to bring together various stakeholders, including MCD Commissioners in Delhi to resolve outstanding issues, is an approach that should be replicated and amplified in various states, he added.

"We believe the recent excellent initiative of DoT Secretary Anshu Prakash to get together all relevant stakeholders like the MCD Commissioners in Delhi, along with operators, Infrastructure Providers, Defence, airports, cantonement authorities, to resolve outstanding cell tower issues and stop contentious sealing of towers, is an ideal model that should be adopted by other states and municipalities to address issues of cell tower locations, charges and timely permissions," Mathews said.

Overall, structural issues need to be identified and addressed at the earliest, he noted.

"We seek partnership of Telecom Regulatory Authority of India (Trai) and DoT and now increasingly at state level...a combined approach to say how do we address some of these issues, can operators do something based on tweaking of network parameters but, equally important, are there structural issues involved," the director said.

It may be recalled that the sector regulator Trai has recently said it plans to review the outcome of call service quality norms operational in the industry over the last two years and bring a consultation paper to examine if there is a need for improvisation in the backdrop of technological changes.

"It is reasonable to revisit service quality specially at a time when technology is changing dramatically...But once you get indices and measurement, let's also look at structural issues that are causing problems before we get into realm of penalties. The intention of quality of service review should be curative rather than penal," Mathews said.