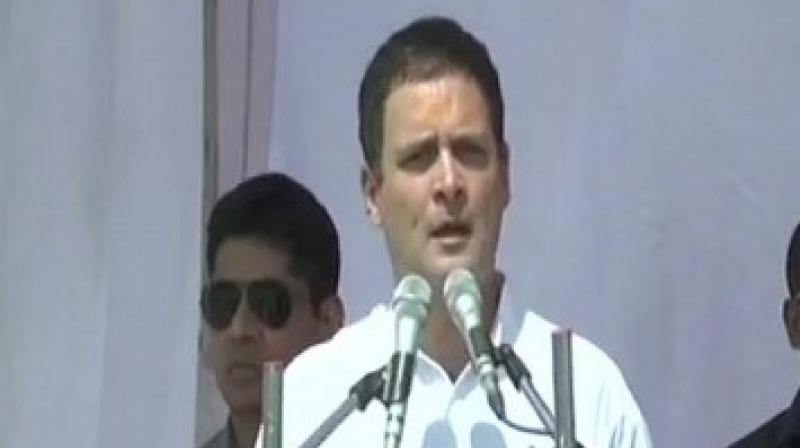 New Delhi: Traders' body CAIT Tuesday slammed Rahul Gandhi for his purported statement that funds for the ambitious 'NYAY' scheme will come from the pockets of "chor" businessmen, and cautioned that the Congress may pay a heavy price for it in the general polls.

"By calling traders thieves, Gandhi has insulted an entire trading community of the country which has sent gross resentment and anguish among traders of the country. No politician in the country has ever used such a filthy word for the trading community but the words uttered by Gandhi are shameful and need to be deeply condemned. The Congress party may pay a heavy price for it in the elections," CAIT Secretary General Praveen Khandelwal said.

Addressing a rally in the Upper Assam town of Bokakhat, Gandhi said the Congress, if voted to power, guarantees to deposit Rs 72,000 annually to 20 per cent poor Indian families under the NYAY scheme.

"The money (for NYAY scheme) will come from the pockets of 'chor' (thieves) like Anil Ambani, to whom Chowkidar Narendra Modi has given money during the last four years ... We will deposit it in the accounts of the poor, particularly women, irrespective of their caste, class or religion," he said.

The Confederation of All India Traders (CAIT) which claims to represent 7 crore traders in the country, said it will give a clarion call to the trading community on whom to vote for in the upcoming Lok Sabha elections in a week's time, after examining the manifestos of various political parties.

However, it observed that in the context of issues of traders, BJP manifesto is "far ahead" than the Congress'.

CAIT said it has been conducting a campaign to convert traders into a "vote bank and cast their vote collectively to a party and play a decisive role in the forthcoming elections".

Addressing a press conference here, Khandelwal said the body's governing core committee will examine manifestos of various political parties and determine if they are "serious" in implementing the promises made therein with regard to the trading community in a week's time.

Thereafter, he said, CAIT will call upon the trading community to vote unanimously in favour of a particular political party.

"We will mull upon it internally and then make a public announcement on with whom the trader should stand during the Lok Sabha polls," Khandelwal told reporters here, adding, however, that traders were keeping an open mind as of now.