Last month, a woman bank employee in Canara Bank (erstwhile Syndicate Bank) was attacked by a police constable at Saroli branch in Gujarat 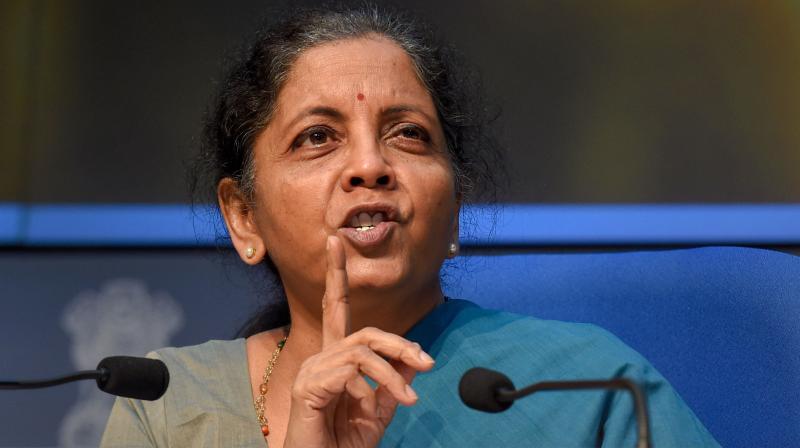 New Delhi: The Finance Ministry has requested states to ensure safety and security of bank officials and take stern action against perpetrators following incidences of attack on bankers in some parts of the country in the recent past.

The Department of Financial Services, in a letter to chief secretary of states, said that incidences of unruly behaviour of anti-social elements against the bankers needs to be responded with stern action taken against such elements, sources said.

Last month, a woman bank employee in Canara Bank (erstwhile Syndicate Bank) was attacked by a police constable at its Saroli branch in Surat, Gujarat. Following the incident, Finance Minister Nirmala Sitharaman had assured that the safety of all members of staff in banks is of importance.

"Amid challenges, banks are extending all services to our people. Nothing should threaten their safety and dignity," she had said.

Few incidents, including attack on Bank of India staff in Maharashtra, were reported after the Surat attack.

Citing recent news reports and social media coverage, the letter said it has highlighted instances of anti-social elements behaving in an unruly manner with bankers within bank premises.

"You would agree that such incidents need to be responded to proactively and with a firm hand, stern action taken against such elements with full force of law so that bankers are protected and the public assured of secured access to banking services," the letter dated July 7 said.

Securing the availability of banking services to the public at all times is essential for households to meet their expenses and access benefits through DBT and for traders, farmers industries etc to carry on economic activities.

Delivery of essentials services including banking is all the more important in the present context of the COVID-19 pandemic, it emphasised.

"...I request to appropriately sensitise and instruct district magistrates and the state police to take all necessary measures for prevention of timely and effective response and deterrent actions. Public communication of the state's resolve and actions to deal firmly with miscreants would also help in deterring and instilling confidence in the public and the banking community," it said.