Business   In Other News  09 Oct 2018  India Post targets 10 per cent share in parcel business segment
Business, In Other News

The postal department has set a target to more than double its market share in parcel business. 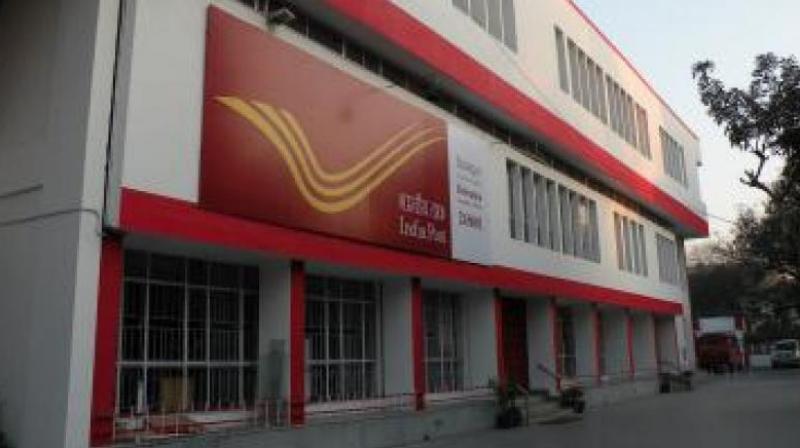 The postal department has set a target to more than double its market share in parcel business in next two years, Communications Minister Manoj Sinha said on Tuesday.

New Delhi: The postal department has set a target to more than double its market share in parcel business in next two years, Communications Minister Manoj Sinha said on Tuesday.

"Approximately, we have 3-4 per cent share in parcel business. Private players offer effective service instantly while in government system people at small places are required to wait for decision of headquarter. Therefore, to take instant decision and to offer competitive service, we have created a separate parcel directorate and set target of achieving 10 per cent of this parcel business in coming 2 years," Sinha said.

He was sharing status of works being done at the department on the eve of World Post Day. In 2017-18, India Post handled 618 crore mail articles, 18 crore, registered articles and 46 crore speed post articles. According to a KPMG report, the e-commerce retail logistics market alone is valued at USD 1.35 billion in 2018, and is projected to witness a growth of around 36 per cent in the coming five years.

He said that the department is on track to set-up a separate insurance company under the DoP and request for proposal have been invited from consultants. "We have set target to complete this work (set-up insurance firm) in two years," Sinha said. He said many people doubt success of the insurance firm project under the DoP and same was the case when Life Insurance Corporation was started.

"Our country is proud of the work that LIC has done. Despite entry of many foreign and private domestic players, the trust of people that LIC has gained, no one else had been able to achieve that feat. Similar, institution under postal department will be set-up," Sinha said. He noted that India Post Payments Bank, which was started on September 1, has been able to open 12 lakh accounts with deposits of around Rs 13 crore.

While sharing update of passport facility at India Post, Sinha said the government has fixed a target, and Prime Minister Narendra Modi had said that in Parliament that we are making an arrangement in the country, and no one should need to travel more than 50 kilometers for getting passport.

"There will be Post Office Passport Seva Kendra in every Lok Sabha constituency. POSK has started at 221 places and 491 places have been identified where we have to work. There is space available in most of the places and problem in some, for which we are making alternate arrangements," the minister added. He said that till date 15 lakh people have received passport in 15 days-- even in small cities like Betia, Ghazipur, Azamgarh.